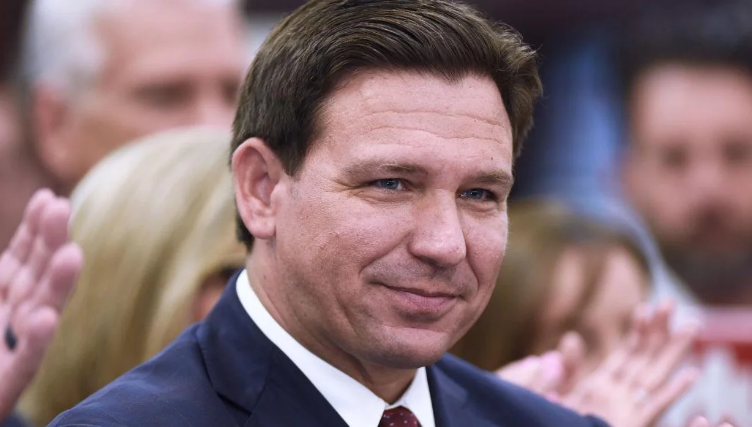 The two men made the comments when responding to a post from Christopher Rufo, who wrote, “The test for ‘NeverTrump’ intellecuals is where they stand on DeSantis. He should be their guy: elite education, military background, leadership experience, impeccable character. If they can’t get behind him, the takeaway is clear: it’s not about principles; they serve the Left.”

DeSantis, who entered office in 2019 and is currently seeking re-election in the state’s 2022 gubernatorial contest, has become an enormously popular figure on the political right.

“DeSantis is a deeply authoritarian figure who is consolidating the fringe right-wing groups Trump brought into the party,” Chait tweeted.

Dave Rubin, host of “The Rubin Report,” replied to Chait’s tweet by posting a series of clown emojis.

DeSantis is a deeply authoritarian figure who is consolidating the fringe right-wing groups Trump brought into the party https://t.co/FVimA59f4j https://t.co/Ngu6xGgUGT

In another tweet, Chait added, “The Trump-skeptical conservatives who love DeSantis are distrustful of Trump’s incompetence, not his authoritarianism. They prefer a more competent authoritarian, which DeSantis is.”

Walsh responded to Rufo’s post by claiming that DeSantis does not believe in liberty, freedom of speech, or the American Constitution.

“Bulls[***]. I’m ‘NeverTrump’ but I come from the populist base. I oppose DeSantis bcuz he’s not conservative. He’s authoritarian. He uses government to punish individuals & private companies. I oppose him bcuz he doesn’t believe in freedom, free speech, or the Constitution. I do,” Walsh tweeted.

Former President Donald Trump, who is widely expected to mount a 2024 presidential bid, has said that he believes he would defeat DeSantis if the two were to face off. “I don’t know if Ron is running, and I don’t ask him,” Trump said, according to The New Yorker. “It’s his prerogative. I think I would win.”