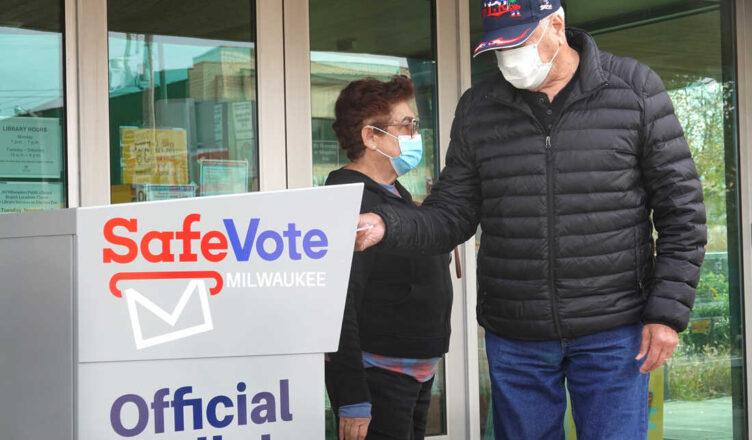 “Only the legislature may permit” ballot drop boxes, court rules.

The Wisconsin Supreme Court ruled Friday that the state’s widespread use of ballot drop boxes is illegal, delivering a huge victory to election integrity activists and a stinging rebuke to state officials who had deployed the boxes to major success in the 2020 election.

In the court’s 4-3 ruling, the justices rebuked the Wisconsin Elections Commission for distributing the boxes across the state, arguing that only the Wisconsin legislature had the authority to employ their use.

Supporters of the drop boxes argue they were vital during the height of the pandemic because voters instead going to polling stations posed health risks.

The ruling noted that under state statute, ” ‘delivery in person to the municipal clerk’ does not mean nor has it been historically understood to mean delivery to an unattended ballot drop box,” and that advocates of the drop box system consequently “analogize[d] these boxes to a mailbox.”

The justices also said: “Of course, the law expressly allows a voter to place an absentee ballot in a mailbox. … Ballot drop boxes, however, are not mailboxes.”

The WEC’s ballot boxes were widely seen as a major component of now-President Biden’s 2020 victory in the swing state of Wisconsin. Voter data indicated that drop-box balloting across the country broke heavily in favor of the Democratic candidate.

Critics slammed their use in both and other states, questioning their legal justification and security concerns.