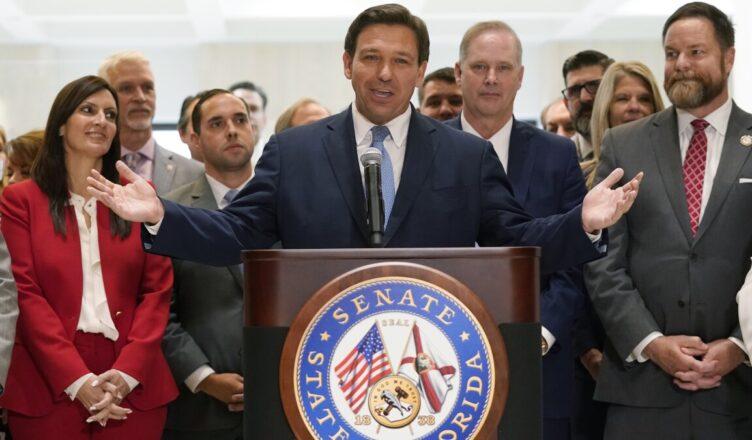 Howard Dean is back in the news. You heard right. In 2022, Dean is still trying to be relevant to the American public. Yet he is doing so not by saying anything of substance. Instead, he is launching vile attacks on ‘America First’ Patriots like Florida Gov. Ron DeSantis and former President Donald Trump.

On Tuesday, Dean called DeSantis a “fascist” on MSNBC’s ‘The Beat.’ The failed Presidential Candidate railed against all things Republican and after commenting on Trump — claiming his rhetoric is a gift to the Democratic Party — Dean turned his sights on the Florida Republican and said the following:

“I think Trump’s calculation [to run in 2024] is mixed up with his illness, narcissism, acute narcissism. And it is also mixed with the political calculation that he’s not very good at. You know, there are a lot of younger people in that party that are much scarier. DeSantis, for one, who requires, announced just today he would require all students in Florida’s colleges to declare their political views. I mean, this guy is a fascist. Trump is too narcissistic and ill to be a successful fascist even though he has all those instincts. I think he will be easier to beat than any of the other potential candidates.”

We have reported on Dean in the past. He is not well known for his considerate or well-thought-out political takes.

He is a former Governor of Vermont and one-time Democrat Presidential candidate, who made his name as the chair of the Democrat Party from 2005-2009. Under his leadership, the Democrat Party actually had its best years in recent memory, winning with massive margins in both 2006 and 2008.

Dean is also internet famous — or rather infamous — for his “screech” moment out on the campaign trail. A moment that effectively derailed his once-promising political career. To think, Dean lost the Democratic nomination to John Kerry, one of the worst candidates in the history of America’s Republic.

He has been known to verbally shoot from the hip at times as well — calling for the deportation of the Murdochs and the de-platforming of Tucker Carlson. But that’s the thing. The Democrats are completely tone-deaf in their rhetoric. Until they improve their image, they will continue to alienate large portions of the American public.

What Dean said about DeSantis and Trump is sickening. Both have fought hard to protect our freedoms. They are anything but ‘fascists’.  The real ‘fascists’ are the authoritarian Democrats who will sacrifice our freedoms for their utopian political vision. However, they will soon learn that Americans are not impressed in the slightest. The 2022 and 2024 elections cannot come soon enough.