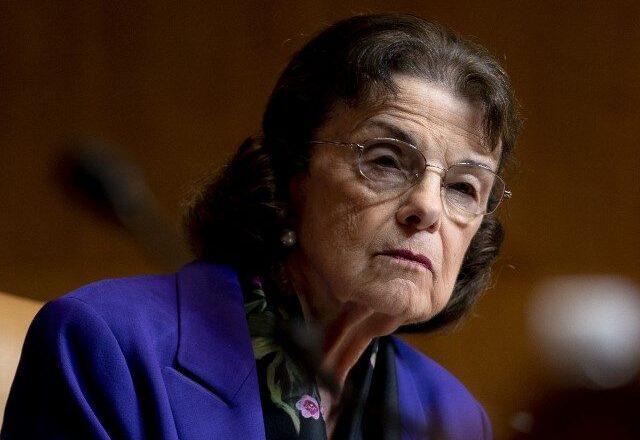 California Democrat Sen. Dianne Feinstein said she would vote to eliminate the filibuster to codify allowing abortions on demand.

The Senate filibuster rule has already withstood multiple attempts from the Democrats to eliminate it, which would allow votes on legislation without the approval of 60 senators and ultimately silence the minority party.

However, following the Supreme Court’s recent opinion overturning Roe v. Wade after ruling on the Dobbs case determining the right to abortion is not included in the Constitution — meaning regulations on abortion will be left up to the states, not the federal government — Senate Democrat are trying to pass the Women’s Health Protection Act, to codify abortion on demand.

Feinstein said in a statement that she “certainly would vote” to get rid of the filibuster to pass the piece of legislation [emphasis added]:

“There is not currently a proposal before the Senate to remove the filibuster to pass the Women’s Health Protection Act, which would codify the protections of Roe v. Wade. However, if it looks similar to the proposal the Senate previously considered for voting rights, I certainly would vote for it.

To eliminate the filibuster the Democrats would need all 50 caucus members to vote, which Sens. Joe Manchin (D-WV) and Kyrsten Sinema (D-AZ) have already resisted the effort, at the risk of continuously angering Democrats.

The Women’s Health Protection Act, as summarized by the Catholic News Agency:

The act’s text lists a series of specific restrictions it would do away with, on everything from limitations on telemedicine to restrictions around viability, which the act defines as the point when a fetus can survive outside the womb — determined by “the good-faith medical judgment of the treating health care provider.”

Before the original vote in the House, the president of the March for Life, Jeanne Mancini, said the WHPA “would enshrine into federal law abortion on demand until the moment of birth, and it would nullify state laws — new and existing – that protect unborn children and their mothers.”