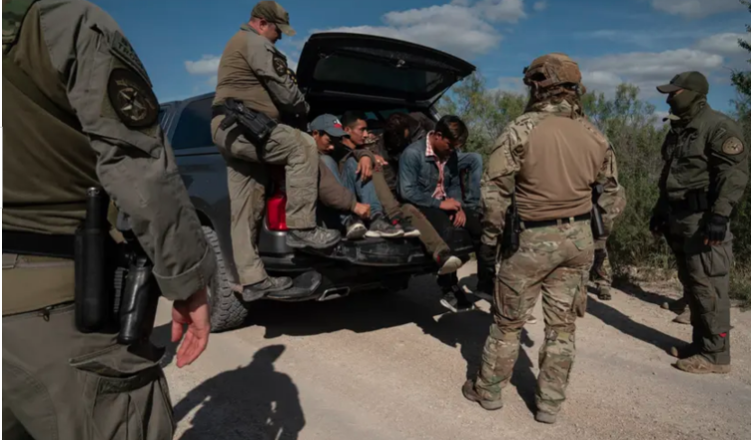 The announcement came two days after six county judges and sheriffs asked the governor to declare an invasion at the southern border, and to do more to help them thwart illegal activity in their counties after experiencing a surge of drug and human smuggling and other criminal activity resulting from the Biden administration’s border policies.

“While the Biden Administration has abandoned border communities, the State of Texas will support them and help them respond to the disaster that President Biden has caused on the border,” Gov. Greg Abbott said in a statement. “Operation Lone Star grant funding has played an integral role in our mission to keep Texans safe and support local communities. I encourage local governments to apply for these funds as we work together to prevent illegal immigration and the smuggling of people, illegal weapons, and deadly drugs like fentanyl from Mexico into Texas.”

Additional grant funding includes $16 million for any county or city; grant applications may be submitted beginning Monday, July 11, when the online system opens.

The final date to submit and certify applications is Aug. 31. The earliest project start date is Aug. 1.

Another $14 million for border-adjacent counties will be available beginning Thursday, Sept. 1.

Local government entities eligible to apply for the funding are those that are located in a county that has issued a disaster declaration related to border security and will receive preference. Eligible applicants located in or providing support services to a county that’s adjacent to or located within 20 miles of an international border will also be given preference.

Those located adjacent to two counties located on an international border with a population of more than 5,000 and less than 7,500 according to the most recent federal decennial census or adjacent to the Gulf Intracoastal Waterway will also be given preference.

Jurisdictions not physically located within these counties but applying to provide support to counties that are must submit a letter of support, memorandum of understanding or other similar documentation from the border county or counties requesting their support when they apply.

Abbott launched the OLS Grant Program in September 2021 with an initial $100 million made available to strengthen Texas’ border security efforts. All eligible requests for the initial funding have already been fulfilled, totaling $58 million in awards. The remainder, $42 million, is still available.

The funding is part of $4 billion the state legislature has so far allocated for Texas’ border security efforts.

The PSO grant program was created to enhance interagency border security operations that support Operation Lone Star, “including funding to help deter and interdict criminal activity related to the border crisis.” Funding goes towards increasing OLS’ effectiveness through a range of interdiction efforts related to drug and human smuggling, disrupting and deterring operations of gang and cartel criminal organizations, improving interagency intelligence and coordination, increasing capacity for detention operations, and supporting county medical examiner offices in the humane processing of the remains of those who entered Texas illegally and were killed or died making the journey.