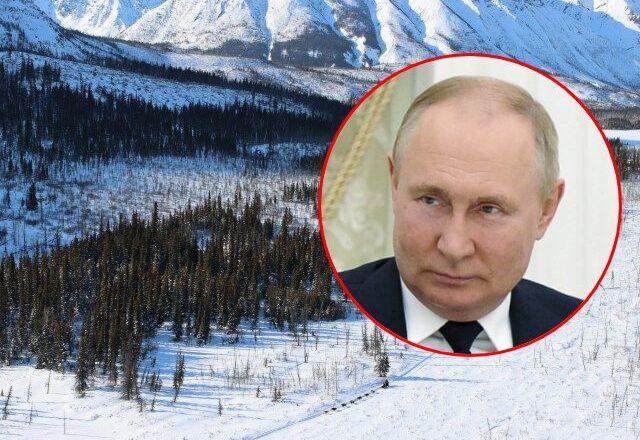 In a rather suspiciously timed coincidence, several billboards reading “Alaska Is Ours” appeared in Siberia on Thursday, the day after State Duma Speaker Vyacheslav Volodin suggested Russia “take back” Alaska from the United States in retaliation for sanctions.

Volodin is the top man in the Duma, the lower house of the Russian parliament, and a very aggressive ally of strongman Vladimir Putin. He is prone to backing up Putin’s policies with blustery threats, as when he threatened last month to make Europe “disappear” in a nuclear fireball if Western governments provided Ukraine with nuclear weapons.

Volodin’s friends describe him as a “biorobot” like the Terminator, with an “animal lust for power.” In honor of the late, great James Caan, one might see Volodin as the Sonny Corleone of the Putin gang.

Volodin was popping off during a parliamentary session on Wednesday when he decided to threaten an attack on the United States to reclaim Alaska, which Tsar Alexander II sold to the United States government in 1867 for $7.2 million. That would work out to about $142 million today. It was regarded as a very bad deal for the U.S. at the time, but it worked out pretty well in the long run, and today Alaska is worth at least twice as much as we paid for it.

“Integrity does not mean weakness. We always have something [we could do] to answer,” Volodin thundered when addressing sanctions leveled by the United States against Russia for invading Ukraine.

“There’s a part of [Russia’s] territory, Alaska. When they start trying to dispose of our resources abroad, before doing this, they should remember that we, too, have something to take back,” he said.

Volodin noted that his deputy speaker Pyotr Tolstoy proposed last month to hold a referendum in Alaska to learn if the residents would prefer leaving the U.S. to join Russia, but Volodin opposed that idea because “we don’t interfere in their domestic affairs.”

According to the Moscow Times, Volodin was “holding back laughter” when he said this.

There really were a few dodgy petitions on the White House website for Alaska to secede and join Russia in 2014 after Russia was condemned for annexing Crimea, and they attracted about 30,000 signatures. The petitions were worded in a way that suggested the creator had a weak grasp of English.

The day after Volodin’s remarks in the Duma, several billboards reading “Alaska is Ours!” appeared in the Siberian city of Krasnoyarsk. Residents told local media the billboards were created by a “patriot” company called “Alaska,” which was supposedly not connected to the Russian government.

Putin himself said after the weird White House petitions were filed in 2014 that he was not terribly interested in seizing the state.

“Why do you need Alaska?” he asked a reporter who brought up the petitions.

“By the way, Alaska was sold sometime in the 19th century. Louisiana was sold to the United States by the French at about the same time. Thousands of square kilometers were sold for $7.2 million, although in gold,” Putin said.