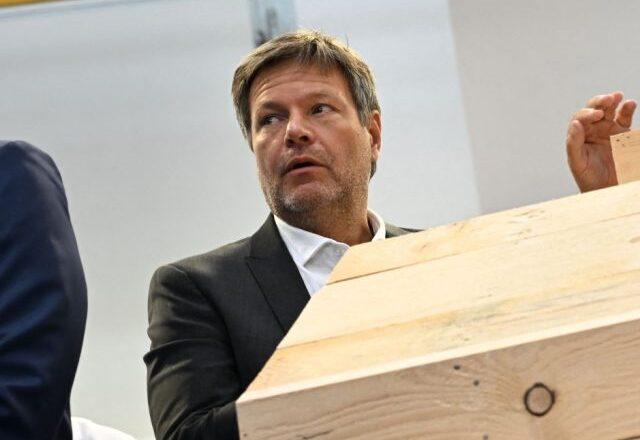 Germany’s economics minister believes that his country could soon face a collapse of “social peace” as a result of rising energy prices.

A loss of spending power and a “credit crunch” brought about by the sudden spike in energy prices could bring about serious problems for Germany’s “social peace”, the country’s economic and climate minister, Robert Habeck, has said.

The Green minister’s comments come as Germany enters an economic and social tailspin as a result of Russia’s move to cut considerably the amount of gas it is supplying to the country, seemingly in response to the host of sanctions imposed on Vladimir Putin’s country by the West.

According to a report by Der Spiegel, the resultant gas crisis caused by the Kremlin turning down the taps has left Germany in an extremely vulnerable economic position, with Habeck himself now expressing concern that an ensuing economic crisis could lead to social unrest in the country.

“Social peace in Germany is being severely challenged and strained,” the minister reportedly admitted, citing a possible slipping of the German economy.

Habeck has meanwhile begged for the Canadian government to release a spare part for the main pipeline between Russia and Germany that can only be manufactured in the North American country.

The absence of this part — a turbine manufactured by Siemens Energy AG — has been cited by Russia as the reason it has dramatically reduced the amount of gas it is supplying Germany with.

“If it’s a legal question for Canada, I want to make clear that I’m not asking them to deliver it to Russia, but to bring it to Germany,” Habeck said, alluding to sanctions in place against Russia that may be preventing the spare part from being shipped.

“It is with a heavy heart that we had to ask for this.”

Fears surrounding a collapse in “social peace” in Germany come as politicians in the country brace for the complete loss of Russian gas, an event some — including Habeck himself — are anticipating could happen later this month.

Such a move would almost certainly plunge the country into a severe recession, without one forecast predicting the country’s economy to suffer around a €200 billion loss within six months of supplies being cut off.

The extreme vulnerability to losing Russian supplies has been squarely blamed on Germany’s addiction to Russian gas, something that former U.S. President Donald Trump warned about back in 2018, to little effect.

However, despite the dire situation Germany has now found itself in, Habeck has said that he and his government are still backing even more sanctions against Russia — a move that would likely bring as-of-yet unknown hardship to Europe.

“I don’t want to hide the fact that my ministry is still thinking about further sanctions,” Habeck admitted, swearing that previous measures have indeed been hurting the Russian economy.