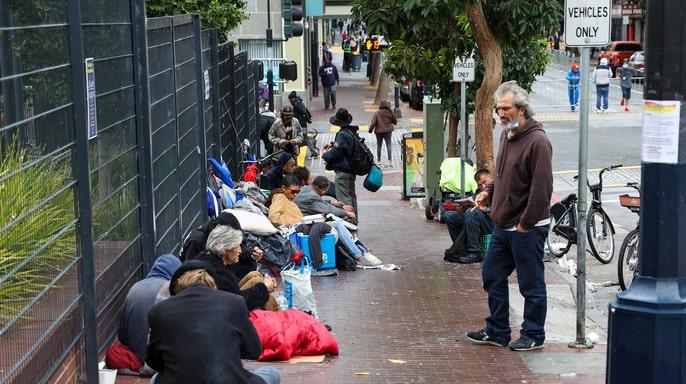 San Francisco children were recorded on video having to walk past what appeared to be one of the city’s open-air drug dens on their way home from school.

Ricci Wynne posted the video on Twitter last week, writing that the students were getting off the 14 transit line on 8th and Mission Streets when they encountered what appeared to be the homeless encampment sprawled across the sidewalk.

“This is no back ally [sic],” Wynne wrote. “This is a main artery in our city that has been hijacked bye [sic] drug dealers and now it is Pure filth!”

The video shows a stream of children and other passengers getting off the public transit system before the camera cuts to the sidewalk, where a group of apparently homeless people was gathered.

Wynne added, “Now ask yourself this question would you want your children to walk through this squalor just to get home from school?”

The area where Wynne says the video was taken is nearby the Linkage Center in the city’s Tenderloin District, a neighborhood notorious for its rampant drug abuse.