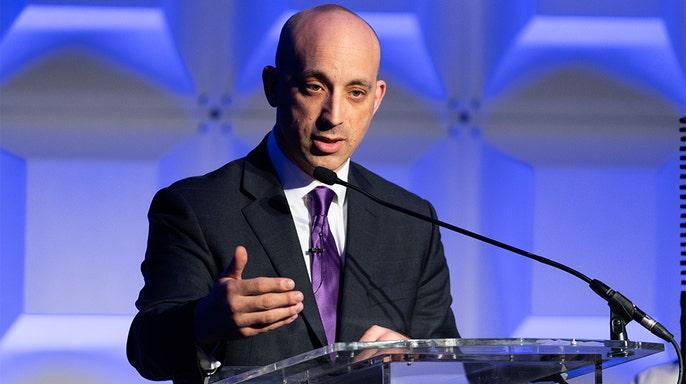 The Anti-Defamation League said Saturday evening a suspect has been arrested in connection with a threat to the San Antonio Jewish community.

Law enforcement has not yet confirmed that an arrest has been made.

“ADL is thankful to federal, state and local law enforcement for taking this threat to Texas Jewish communities seriously and working diligently to identify and apprehend the suspect,” ADL CEO and National Director Jonathan Greenblatt said in a statement.

“We also wish to thank our partners at the San Antonio Jewish Federation and Secure Community Network for their continued collaboration in the face of threats to local Jewish communities,” he continued. “With the immediate threat brought to a resolution, ADL will continue to be in contact with law enforcement, as we have been over the past few days, monitoring the situation.”

The Federal Bureau of Investigations said Saturday there was no longer a “known imminent threat” to the San Antonio Jewish community after a security alert was issued earlier in the day.

The Jewish Federation of San Antonio initially made a social media post at 11 a.m. revealing it had received information from the FBI “identifying a potential threat to an unconfirmed Jewish community facility in the San Antonio area.”

The post has since been removed and the group posted an update from the FBI that “there is no ‘known imminent threat’ in effect any longer for the San Antonio area Jewish community,” FOX 7 reported.

“Although we recommend staying vigilant and aware of your surroundings at all times, we are pleased to share that the urgency of concern has been lowered,” Jewish Federation board Chair Lauren Stanley and President Nehemia Ichilov said in a joint statement

Temple Beth-El wrote in a statement on Facebook that in-person and online Shabbat services could not be conducted due to the threat. “We appreciate your understanding the abundance of caution we’ve taken to care for our precious community,” Executive Director Cynthia Hogle and President Debbie Roos said.

The FBI’s National Press Office had released a statement saying it was “investigating a potential threat targeting an unidentified synagogue in Texas.”

“We are working to determine the credibility of the threat and sharing information with our law enforcement partners and our partners in the Jewish community,” the FBI wrote.