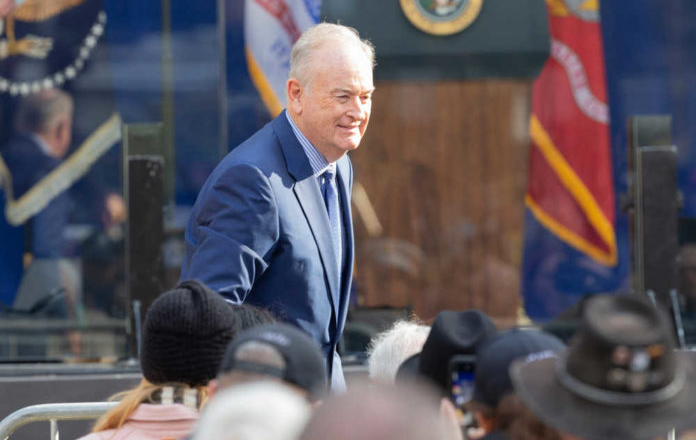 When asked if Tucker Carlson could win in 2024, Bill O’Reilly briefly fell silent.

In a column published two years ago, Politico gave speculations of “Carlson 2024” a huge boost by speculating that the Fox News host may be a major player in the Republican primary that year.

Luke Thompson, a Republican strategist who worked for Jeb Bush’s super PAC in 2016, said Carlson had a vast platform and was a gifted communicator. Therefore he thought he would be formidable if he ran for President.
Really? We’re all going to take ideas from a JEB! ‘Please Clap’ Bush Strategist?
Video shows Bolling asking O’Reilly on The Balance that he had someone on the Republican side that no one’s talking about. He suggested Fox News host Tucker Carlson.
There was a six-second pause after Bolling’s question.
Bolling noted O’Reilly was speechless.
O’Reilly asked if Bolling wanted him to respond to that or if it was just a flight of fancy on his part.
Bolling answered yes, and hoped that O’Reilly would respond when he was asked a question because it is a talk show. He then asked how he felt about his suggestion of Tucker Carlson running for President.
O’Reilly replied while shaking his head.
He retorted that if Mr. Carlson decided to leave his extraordinarily lucrative job at Fox News and run for president, more power to him. However, there isn’t a chance in hell that he will do it or that he will be successful.
Following the Politico article, Carlson said he would not run for President. However, given that he is the anchor of cable news with the highest viewership, rumors will probably continue circulating for some time.
Reports show the likelihood that former President Donald Trump would run for office again may discourage other possible Republican candidates from announcing their intentions to run.