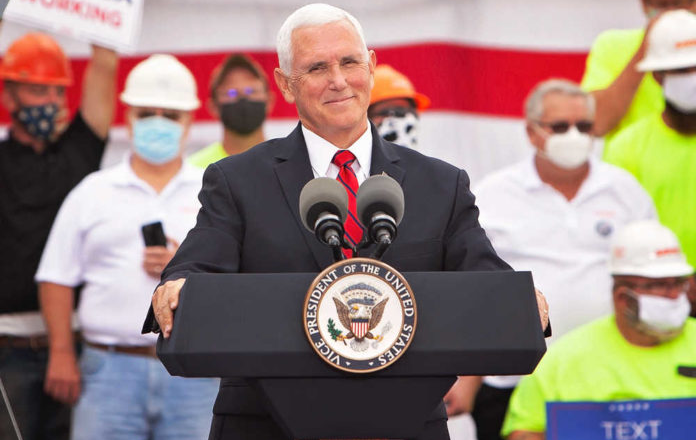 He said the United States Supreme Court had given the American people a new start in life by rejecting Roe v. Wade, and he thanked the Justices in the majority for having the bravery of their convictions.

After that, Pence said that Roe v. Wade had been consigned to the ash heap of history. A new arena in the cause of life has emerged, and it is incumbent on all who cherish the sanctity of life to resolve that we will take the defense of the unborn and support for women in crisis pregnancies to every state Capitol in America. We must not stop until the sanctity of life is once again at the core of American law in every state in the union after being granted this second opportunity at life.

Pence’s sentiments didn’t sit well with a writer from Rolling Stone, Nikki McCann Ramirez, who said the demand for a fresh wave of anti-choice agitation and to restrict access to legal abortion in all 50 states is now in full swing. With numerous states aiming to penalize both people who offer and seek abortion services, thirteen states are currently set to outlaw access to legal abortion through “trigger legislation effectively.

Ramirez said Pence wasn’t the only well-known Republican to applaud the decision or hint that a nationwide abortion ban would be the next objective. The repeal of Roe and the deprivation of physical autonomy from millions of Americans have been hailed with unbridled jubilation in conservative circles.

She continued, saying that the Dobbs decision, according to Senate Majority Leader Mitch McConnell (R-Ky.), was “courageous and proper.” In his comments, McConnell linked the repeal of Roe to the Supreme Court decision Plessy v. Ferguson, which upheld racial segregation as legal.

The end of Roe marked the end of “one of the most ethically & legally corrupt eras in US history,” according to Texas Attorney General Ken Paxton, whose state approved one of the country’s strictest abortion laws last year. He continued by saying that he was closing his office and declaring today a holiday.

Through “trigger legislation,” Texas is one of the states that will essentially restrict access to abortion.