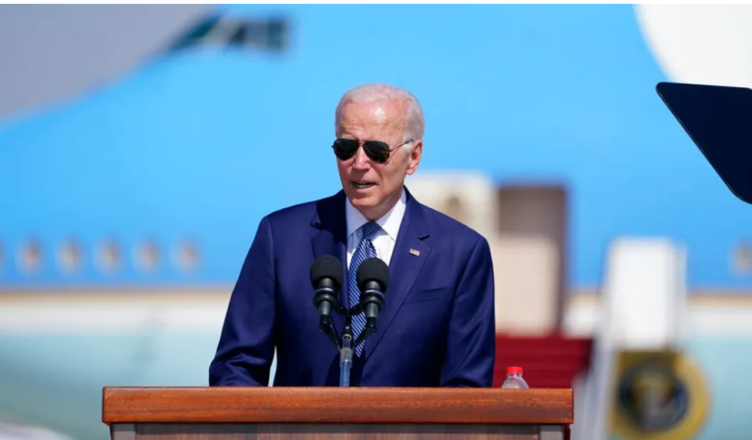 Cuban Americans, Hispanics running for Congress, and many others are expressing their disgust with First Lady Jill Biden after she said the Latino community was “as unique as the breakfast tacos here in San Antonio.”

Biden has since apologized, but Cuban and Mexican Americans and others are continuing to express concerns about a disconnect between the White House and Hispanic and Latino Americans.

Garcia published a picture of herself wearing the shirt. “Woke Democrats think Hispanics are tacos,” she said. “Unfortunately for them, we’re voters.”

She also pointed to what she said is the hypocrisy of the mainstream media when CNN said she and other Texas GOP women weren’t the “real deal” but praise U.S. Rep. Alexandria Ocasio-Cortez, D-New York. Raul Reyes argued in a CNN op-ed that GOP Latinas in Texas “held views outside of the Latino mainstream.”

“When CNN attacks me as not a ‘real deal’ Latina, what they’re trying to say is I’m neither a socialist nor a Latinx,” Garcia said. “That’s true. I’m a Texan.”

Jacksonville, Florida Councilwoman LeAnna Cumber also weighed in. “Love it,” she said, “when they try to turn us into tokens (or tacos as the case may be which is especially interesting as a Cuban) when they don’t agree with our message.”

“If you called your girlfriend or boyfriend a breakfast taco as a compliment, you’d be single real fast,” said Cuban-American Desi Cuellar, a Republican in Queens running in a primary election next month. He hopes to eventually unseat Ocasio-Cortez in November. “Do the Biden speechwriters actually hold conversations with real people?” he asked.

He also posted another video expressing his outrage, saying: “Does Jill Biden realize that she referred to 20% of the US population as ‘breakfast tacos?’ I’ve really had enough of this stupidity. The only lasting tradition of the Democrat Party is racism. …”

Yesli Vega, chair of Latinos for Glenn Youngkin, said: “Hey FLOTUS, my heritage, my culture, and my history are more than tacos. The Hispanic community in America isn’t a minority voting population for you to use in your punch lines, we are citizens who work hard & contribute to this nation. November is coming!”

Harrison Fields, senior adviser for Rep. Byron Daniels, R-Florida, said: “As a Latino, NOT a ‘Latinx,’ our community isn’t solely defined by ‘Bogotas’ or ‘breakfast tacos.’ Faith, freedom, resilience, family, and love of country define us. FLOTUS, please go back to Delaware and stop the pandering.”

The National Association of Hispanic Journalists also issued a statement saying, “NAHJ encourages FLOTUS and her communications team to take time to better understand the complexities of our people and communities.”

After Biden apologized, the NAHJ said: “We thank First Lady Jill Biden for issuing an apology for her statement on the diversity of the Latino community being ‘as unique as the breakfast taco’” in San Antonio, and recognizing the disconnect between stereotypes used in multicultural representations regardless of intent.

“Our mission is to ensure the Latino community is accurately & fairly represented in the media. We hope this incident triggers a more thoughtful discussion in the future about how to convey the diversity & issues facing Latinos across the country.”