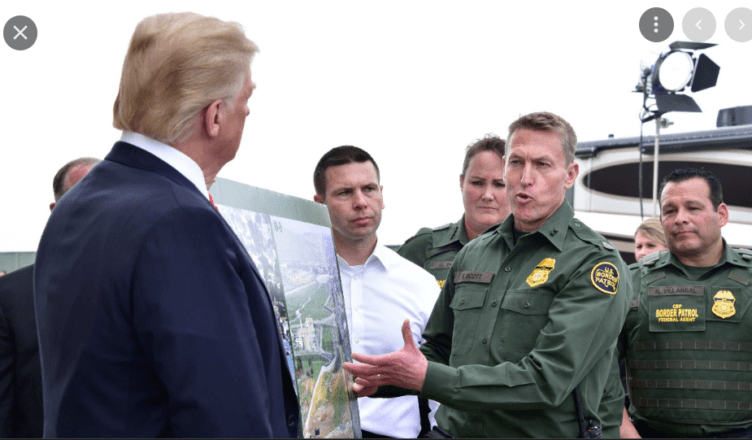 “This administration is looking to scapegoat them because President Biden was wrong,” said Brandon Judd, Border Patrol agents’ union chief.

The Border Patrol agents who were exonerated last week of charges they whipped migrants in a September 2021 incident could sue for defamation and denial of due process, says George Washington University law professor Jonathan Turley.

An investigation by Customs and Border Protection’s Office of Professional Responsibility concluded there was “no evidence” that “any agents struck — intentionally or otherwise — any migrant with their reins.”

Despite the finding by their agency, four Border Patrol agents are still being suspended.

“There are two different potential areas for litigation,” Turley told Just the News on Wednesday. “First, the agents can appeal the findings and seek other relief for a denial of due process. Second there are possible defamation claims against various public figures and press for the false claims. The videotape undermines the good-faith basis for the claims, particularly after the first 24 hours. However, many states have redaction statutes requiring notice to newspapers and media to allow for corrections.”

The Border Patrol agents’ union chief responded to the situation on Fox News earlier this week. Border Patrol doesn’t “have the resources right now to do what’s necessary to secure the border, to protect the American public,” said National Border Patrol Council President Brandon Judd. “And now we’re taking several agents out of the field on suspension for doing absolutely nothing wrong.”

The agents found themselves in a precarious situation facing an “unprecedented” number of migrants, said Judd. “And yet, this administration is looking to scapegoat them because President Biden was wrong,” he continued. “He was wrong when he accused them of a criminal act, so they had to trump something up — which was an administrative violation — to put them on suspension. It’s wrong to see that that’s happening in this country. It should never happen in the greatest country in the world.”

On Saturday, Judd told Fox News he had spoken with two of the cleared Border Patrol agents. They were “in good spirits,” he reported, because “they know that, ultimately, they’re gonna be exonerated. They know that my attorneys are ultimately gonna be able to show that they did absolutely nothing wrong, whether it was criminal or policy.”

The “investigation should’ve ended the moment they determined that nobody was struck by anything,” Judd said, but “the president of the United States said that these individuals would pay, and the moment he said that, those investigators had no choice but to find some sort of fault — whether it was criminal or administrative.”

Judd told Just the News on Wednesday that the agents are working through CBP’s disciplinary process.

The CBP has given the agents proposals on their punishment, and now the agents and attorneys can respond to the proposals by refuting them and responding to the evidence, Judd said.

After the agents and attorneys respond, CBP will come back to them with the agency’s final decision. If the agents are still found to have done “something wrong,” then they can litigate through arbitration, he added.

As for possible defamation lawsuits or other litigation, Judd said that “We are looking at everything right now. If we find an avenue in which we can litigate something on behalf of the agents, we will.”

“Biden, Harris, & their allies in the media should all apologize to our brave Border Patrol agents for smearing their reputation,” McCarthy tweeted. “Rather than disparage the men and women tasked with protecting our border, President Biden should give them the tools they need to secure our border.”

Biden and other administration officials were quick to condemn the agents after the publication last year of photos misconstrued as showing them whipping Haitian migrants.

Harris compared the incident to how slaves and Native Americans were treated, and Department of Homeland Security Secretary Alejandro Mayorkas described the incident as “something that horrified us all.”

Then-White House Press Secretary Jen Psaki said, “I don’t think anyone could look at those photos and think that was appropriate action or behavior or something that should be accepted within our administration.”

Media personalities at multiple outlets — including CNN, MSNBC, and NBC — claimed the agents had whipped migrants. Yet, those three outlets reportedly ignored the story of the agents’ exoneration in the days following the announcement of the CBP finding.

“CNN, MSNBC, and NBC all declined to cover the story on air from Friday when the news broke through Tuesday morning, according to a review of transcripts conducted by Fox News Digital,” the outlet reported.

CBS mentioned on its evening news show that the agents were punished but failed to note that they were cleared of whipping migrants, according to Fox News. ABC News briefly noted the story on-air in a headline round-up.