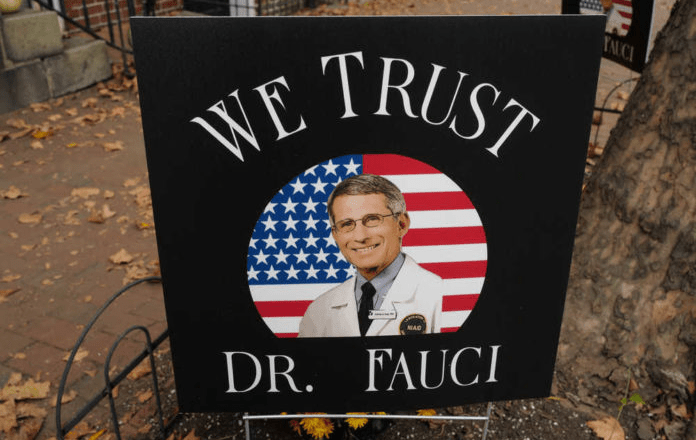 Double-boosted, fully immunized, Dr. Fauci could not attend his daughter’s wedding because of a positive Covid-19 test.

According to statistics from the drug’s maker, Pfizer, Paxlovid appears to have minimal impact on those who already had a COVID-19 vaccination.

Reports show that while delivering a remote speech at the Foreign Policy Global Health Forum, Fauci provided an update on his health.

Fauci tested positive for the virus earlier in June while displaying minor symptoms, such as weariness. Fauci claims he started a five-day course of the purported wonder drug as his symptoms worsened.

Fauci mentioned that he had tested negative for the virus three days in a row while discussing his experience with the treatment. He retested on the fourth day, and the results were again positive.

Following the Paxlovid therapy, Fauci said that his symptoms were “far worse” after testing positive a second time.

A British tabloid reports Fauci attended a 60th class reunion dinner ceremony as the head of the National Institute of Allergy and Infectious Diseases. The dinner was held at The Anthony S. Fauci Integrated Science Complex at the College of the Holy Cross in Worcester, Massachusetts. The complex was named in his honor.

At least two other diners at the June 11 dinner tested positive for COVID, but it is still unknown if Fauci had gotten the virus during the occasion.

According to reports, when Fauci was forced to skip his daughter’s wedding in New Orleans, he joined the event through FaceTime.

For nearly two years, Dr. Fauci contradicted himself and gave the American public misinformation about the severity of the Wuhan Virus, his financial support for the Chinese Wuhan virology lab, and the virus’s genesis.

Fauci and the Biden Administration also lied about the effectiveness of Hydroxychloroquine and Ivermectin against the virus, even though CDC-related documents and studies around the world show they have saved countless lives.