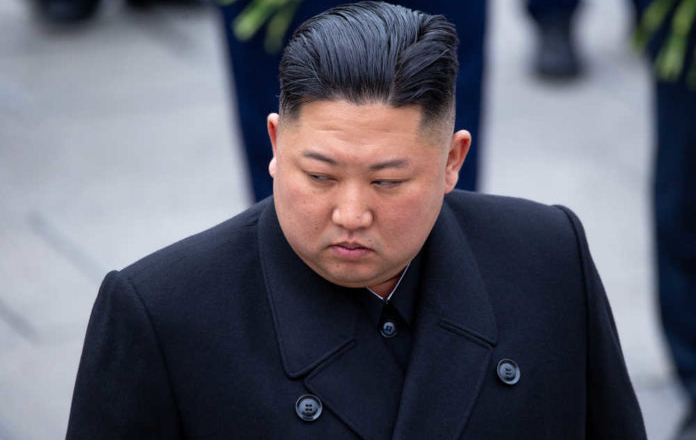 With room for up to 20,000 employees, the Kanggye General Tractor Plant is North Korea’s largest underground weapon manufacturing facility.

The location, Factory No.26, includes several tunnels that provide access to a 1.2-meter-long hill’s core.

According to studies by American researcher Jacob Bogle, the enormous plant is believed to be 176,000 square feet in size. Although its actual size is unknown, it is assumed to have several stories and countless tunnels several miles long.

The typical person looking at the plant probably wouldn’t know precisely how enormous or significant it is.

There are around 50 hectares of administrative buildings, warehouses, and even a tiny stadium for employees to play football outside in front of the hill that contains the underground component. But after that, all you have to do is turn your gaze to the mountain to notice a few little structures sticking out of the rock and at least nine access tunnels. In reality, it’s a little challenging to determine the precise number of tunnels.

The facility is in charge of producing ammunition, including self-propelled artillery.

It is also thought that the facility in the Chagang province manufactures parts for short-range ballistic missiles, which are then sent to other sites for assembly.

It is believed that the plant produced and stored uranium enrichment centrifuges throughout the 1990s and the early 2000s.

Kanggye has at least nine access tunnels, whereas most only have one to three.

When employees enter the facility, they are reportedly subjected to body inspections. Guards are looking for anything that may start a fire, such as lighters and matches.

Kim Jong Un is alleged to have respected the facility for having created highly efficient machinery and equipment advantageous to the national economy and bolstering the defense capabilities during a visit to the location in 2019, according to Korean Central News Agency (KCNA).

The Bond villainy comparison is hard to ignore. You have this factory that appears pretty standard and is encircled by mountains in the area.

When you look closer, though, you can see a secret network of tunnels that are all generating weapons for one of the biggest militaries in the world, which is led by a man who killed his brother and uncle.

The small weapons factory was divided into three parts, each relocated to a separate location throughout the nation, and the site was built shortly after the Korean War.