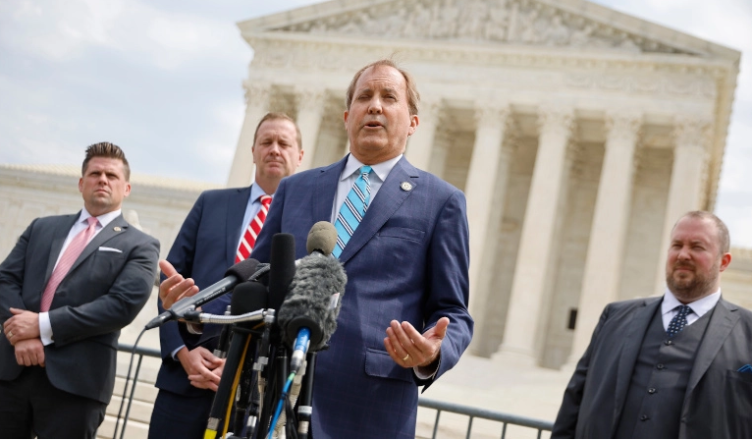 Texas has sued the Joe Biden administration over its recently issued federal guidance to ensure access to abortion in certain emergency situations after the Supreme Court’s decision to overturn Roe v. Wade.

In response to the Supreme Court’s decision to overturn Roe v. Wade, leaving it up to states to decide if and when abortion is legal, the Biden administration had the US Health and Human Services Department issue guidance for performing the procedure under the EMTALA law, which can require it as emergency treatment to stabilize certain patients.

Attorney General Ken Paxton of Texas on Thursday filed the lawsuit, which names Biden’s health secretary, Xavier Becerra, as its lead defendant, challenging the guidance, and saying it would “force abortions” in hospitals in the state.

“President Biden is flagrantly disregarding the legislative and democratic process — and flouting the Supreme Court’s ruling before the ink is dry — by having his appointed bureaucrats mandate that hospitals and emergency medicine physicians must perform abortions,” Paxton wrote in the complaint filed in the US District Court in Lubbock, Texas.

In response, White House Press Secretary Karine Jean-Pierre issued a statement citing “yet another example of an extreme and radical Republican elected official.”

The statement said it was “unthinkable that this public official would sue to block women from receiving life-saving care in emergency rooms, a right protected under US law.”

Guidance issued on July 11 by the federal Department of Health and Human Services had instructed hospitals that, even in states where abortion is illegal, they should comply with the Emergency Medical Treatment & Labor Act (EMTALA).

In 1986, Congress had EMTALA to ensure public access to emergency services, with a section of the federal law requiring doctors to perform abortions for pregnant women if they believe it is “the stabilizing treatment necessary” to resolve an emergency medical condition.

The Health and Human Services Department said in its guidance EMTLA pre-empts state law restricting abortion in cases when a pregnant woman in emergency medical condition needs it to be stabilized.

The suit by Texas may likely be the first of many legal tussles sparked between the Biden administration and states like Texas that swiftly took steps to ban abortion in almost all cases in the wake of the Supreme Court’s decision to overturn Roe v. Wade on June 24.

The landmark 1973 Roe v. Wade decision had protected abortions under the right to privacy, but the court instead ruled that states have the right to regulate the practice of abortion. A total of 13 states had trigger laws in place to automatically begin the process of enforcing pre-determined abortion restrictions upon the overturning of Roe v. Wade.

Currently, there is an active debate among doctors and hospital lawyers in Texas and other states that have banned all or most abortions about how to act in emergency situations.

While currently Texas law allows for exceptions when an abortion might save the pregnant patient’s life or prevent “substantial impairment of major bodily function”, it is believed to leave room for interpretation.

Abortion rights activists and some liberal lawmakers have been piling pressure on Joe Biden, accusing the President of failing to respond forcefully enough to the court ruling.

It was this pressure that prompted Biden to issue an executive order last week directing the Health and Human Services Department and other federal agencies to brainstorm over possible measures that might help clarify for doctors and hospitals how to reconcile state laws restricting abortion with EMTALA.

Furthermore, in another abortion-related action, the Department of Health and Human Services on Wednesday warned the nation’s retail pharmacies that they risked violating federal civil rights laws if they refused to fill prescriptions for pills that can induce abortion.Guidance referenced three drugs — mifepristone, misoprostol and methotrexate. While in many occasions prescribed for other conditions, these drugs can also induce abortions.

Anti-abortion opponents have since slammed the Biden administration’s guidance as violating the law, which specifies that both a pregnant woman and her unborn child must be stabilized. This argument was also referenced by Attorney General Ken Paxton in his Thursday filing.

“No federal statute confers a right to abortion. EMTALA is no different. It does not guarantee access to abortion. On the contrary, EMTALA contemplates that an emergency medical condition is one that threatens the life of the unborn child,” he wrote.