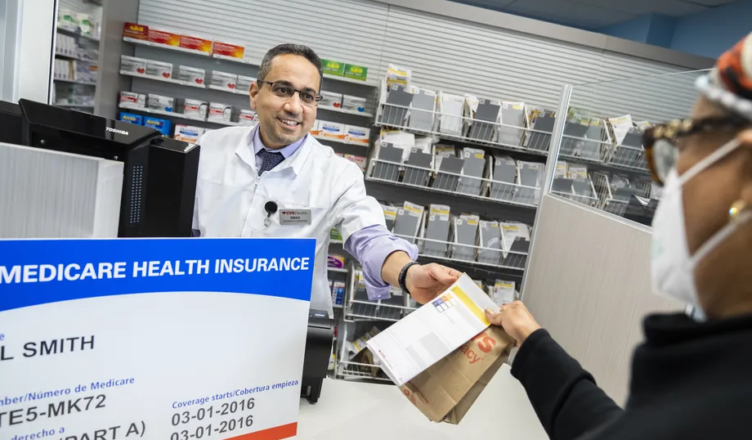 Under this Supreme Court, patients could struggle to obtain lifesaving drugs like methotrexate.

Methotrexate is a fairly common drug that treats a wide range of medical conditions. I take it to help control an autoimmune disorder. So do about 60 percent of rheumatoid arthritis patients. It is used to treat some cancers, such as non-Hodgkin lymphoma. It also has at least one other important medical use.

The drug is the most common pharmaceutical treatment for ectopic pregnancies, a life-threatening medical condition where a fertilized egg implants somewhere other than the uterus — typically a fallopian tube. If allowed to develop, this egg can eventually cause a rupture and massive internal bleeding. Methotrexate prevents embryonic cell growth, eventually terminating an ectopic pregnancy.

And so many patients who take methotrexate say they have become the latest victims of the Supreme Court’s decision in Dobbs v. Jackson Women’s Health Organization — the decision overruling Roe v. Wade.

i’ve never had an abortion but my access to healthcare has changed because Roe was overturned.

I have #Lupus which is an inflammatory autoimmune disease that causes my immune system to attack my organs, joints, skin, and muscles.

i take #Methotrexate as one of my treatments

It’s unclear how widespread this phenomenon is, though the problem is serious enough that the Arthritis Foundation put out a statement warning that “arthritis patients who rely on methotrexate are reporting difficulty accessing it,” and that “at least one state — Texas — allows pharmacists to refuse to fill prescriptions for misoprostol and methotrexate, which together can be used for medical abortions.”

In some cases, pharmacists are reportedly reluctant to fill methotrexate prescriptions in states where abortion is illegal, and doctors are similarly reluctant to prescribe it. In other cases, pharmacists may refuse to fill valid methotrexate prescriptions because they personally object to abortion, even in states where the procedure remains legal.

The phenomenon of patients struggling to obtain therapeutic drugs that can be used in abortion care appears to be severe enough that, on Wednesday, President Joe Biden’s administration released a four-page “Guidance to Nation’s Retail Pharmacies.” It informed them that federal laws prohibiting discrimination on the basis of disability or pregnancy may require pharmacists to fill prescriptions for drugs like methotrexate. (The question of whether a particular denial by a particular pharmacist violates federal law will depend on the specifics of the case.)

Ultimately, however, laws are only as good as the courts that interpret them. And disputes over whether states can ban mifepristone, or whether pharmacists can simply refuse to dispense certain drugs, are likely to be resolved by the same justices who gave us Dobbs.

At best, that means a lot of confusion for patients until the courts sort these issues out. And, given this Court’s hostility toward abortions and sympathy for religious conservatives, it is likely that many patients will be denied prescription drugs.

Federal civil rights law probably requires pharmacists to dispense lawful drugs, but this Supreme Court is likely to give an exemption to religious conservatives.

It is always dangerous to predict what kind of laws may emerge from the fever swamps of the Texas state legislature. But red states are probably less likely to enact a blanket ban on drugs like methotrexate, which have many therapeutic uses unrelated to abortion, than they are to ban drugs like mifepristone that are primarily used in abortion care.

Even if drugs like methotrexate remain legal in all 50 states, however, individual pharmacists may refuse to dispense them, and doctors may be reluctant to prescribe them — out of a misguided belief that the drug is illegal, a fear of being targeted by overzealous prosecutors, or a religious or moral objection to abortion.

In its Wednesday guidance, the Biden administration argues that federal civil rights laws prohibiting “discrimination on the basis of sex and disability” may require pharmacists to dispense certain drugs even after Dobbs. The primary anti-discrimination law governing health care, which was enacted as part of the Affordable Care Act, prohibits discrimination by “any health program or activity” that receives federal funding through a program like Medicare or Medicaid. So most doctors, hospitals, and pharmacies are covered by this law.

Suppose, for example, that “an individual experiences severe and chronic stomach ulcers, such that their condition meets the definition of a disability under civil rights laws.” If a doctor prescribes the drug misoprostol, which is used to prevent stomach ulcers but is also used in medication abortions, then a pharmacy “may be discriminating on the basis of disability” if it refuses to dispense this drug “because of its alternative uses.”

Similarly, the guidance argues that a pharmacist may violate federal sex discrimination laws, which also prohibit discrimination on the basis of pregnancy, if it refuses to dispense methotrexate to a patient with an ectopic pregnancy.

Even if federal civil rights law does require pharmacists to dispense these and similar drugs, however — and that question will need to be litigated — it is likely that this Supreme Court will permit pharmacists with religious objections to those drugs to ignore federal law.

In June 2016, the Supreme Court announced that it would not hear Stormans v. Wiesman — a case involving a pharmacy that refused to dispense emergency contraception, in violation of a state regulation, because the owners objected to this form of contraception on religious grounds. The timing of this refusal to hear the case was significant: Justice Antonin Scalia had died just a few months earlier, depriving the Court’s Republican appointees of the majority they’d enjoyed for many years.

Without the votes he needed to take up the case, Justice Samuel Alito wrote an absolutely livid dissent in Stormans, accusing the state of “hostility to pharmacists whose religious beliefs regarding abortion and contraception are out of step with prevailing opinion in the State.” Notably, Alito’s opinion was joined by Chief Justice John Roberts, the most moderate member of the Court’s current six-justice conservative majority.

It is exceedingly likely, in other words, that if a similar case were to arise today — perhaps a case involving a pharmacist who objects, on religious grounds, to dispensing drugs like methotrexate, mifepristone, or misoprostol — that this Supreme Court would side with the pharmacist. It’s also likely that this Supreme Court would show similar solicitude to a doctor or other health provider who refuses to prescribe a medication because of a religious objection.

In a densely populated city, that kind of decision is likely to inconvenience many patients, who might have to walk several blocks to a different pharmacy in order to get their prescription filled. But in rural areas where patients could have to drive to another town to find another pharmacist, one pharmacist’s refusal to fill their prescription could be a very serious imposition — and that’s assuming that the pharmacist in the next town doesn’t also have religious objections to certain drugs.

In sparsely populated areas, in other words, patients are not only likely to struggle to find abortion care. Patients with common conditions like rheumatoid arthritis or psoriasis may also struggle to fill their prescriptions, even if they take these drugs for reasons that have nothing to do with a pregnancy.