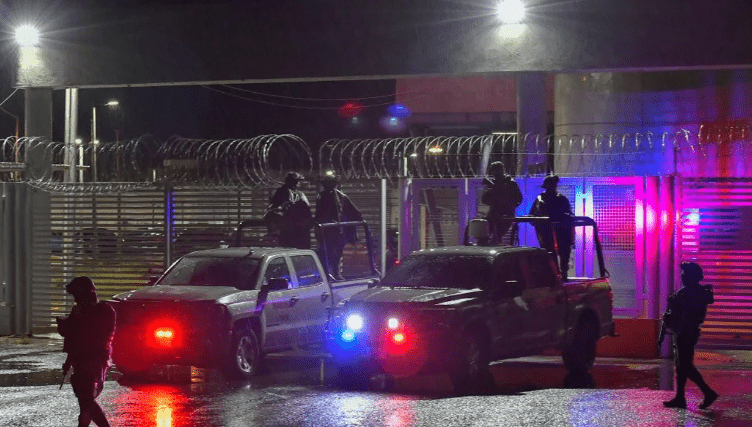 A deadly operation in Mexico ended with 14 people dead and the capture of the notorious drug lord Rafael Caro Quintero.

Caro Quintero, 69, was apprehended by Mexican authorities in the northern state of Sinaloa. The infamous drug kingpin was hiding in the brush in the town of San Simon, but was sniffed out by a bloodhound search dog named “Max,” according to the Associated Press.

The Mexican navy released a short video of Caro Quintero in custody.

During the joint operation by the navy and the attorney general’s office, a Blackhawk helicopter carrying 15 people crashed near the coastal city of Los Mochis. The crash killed 14 of those onboard the helicopter.

Mexico President Andrés Manuel López Obrador said the helicopter crashed shortly after supporting the military who captured Caro Quintero. The Mexican navy said the helicopter suffered an “accident,” but did not elaborate. An investigation into the crash has been launched.

Mexico’s attorney general’s office said in a statement that Caro Quintero would be held at the maximum security Altiplano prison – which is approximately 50 miles west of Mexico City.

The U.S. government is calling for his extradition for the drug lord’s alleged role in the torture and murder of a DEA agent in 1985.

“There is no hiding place for anyone who kidnaps, tortures, and murders American law enforcement,” U.S. Attorney General Merrick Garland said in a statement. “Today’s arrest is the culmination of tireless work by DEA and their Mexican partners to bring Caro Quintero to justice for his alleged crimes, including the torture and execution of DEA Special Agent Enrique ‘Kiki’ Camarena. We will be seeking his immediate extradition to the United States so he can be tried for these crimes in the very justice system Special Agent Camarena died defending.”

Caro Quintero was sentenced to 40 years in prison for the alleged kidnapping, torture, and murder of DEA agent Enrique “Kiki” Camarena in 1985. However, he walked free after 28 years when an appeals court shortened his sentence. The Supreme Court upheld the sentence, but Caro Quintero sped off in a vehicle waiting for him.

The U.S. requested his extradition in 2013 when he was released from prison, but he had already been set free. He was placed on the FBI’s 10 Most Wanted list, and a $20 million bounty was placed on the drug kingpin’s head.

“He went underground and is said to have returned to drug trafficking, unleashing bloody turf battles in the border state of Sonora,” Sky News reported.

Caro Quintero was a founder of the Guadalajara cartel. The cartel was one of the most powerful crime organizations in Latin America during the 1980s by smuggling cocaine, heroin, and marijuana into the United States.

The story of the Guadalajara cartel and the murder of Camarena is dramatized in the Netflix TV show “Narcos: Mexico.”