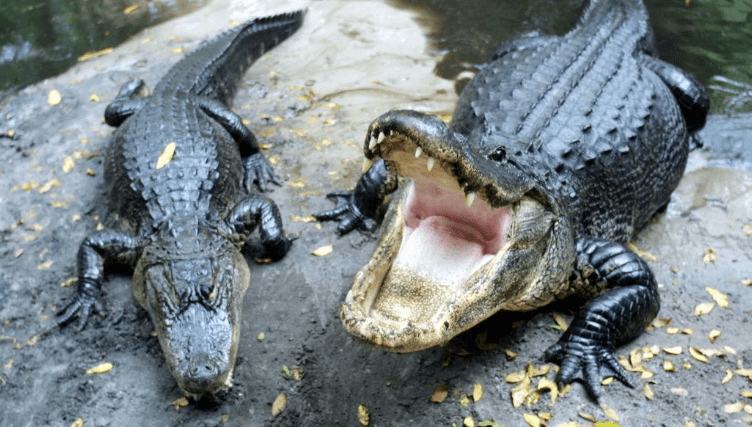 A Florida woman was killed after she was attacked by two alligators at a golf course.

Shortly before 8 p.m. on Friday, an elderly woman accidentally fell into a pond at the Boca Royale Golf and Country Club, according to the Sarasota County Sheriff’s Office.

Witnesses said the Englewood woman struggled to get out of the pond. Meanwhile, two alligators attacked the woman.

The woman was pronounced dead at the scene, according to WINK-TV. The woman’s identity has not been revealed yet.

The Florida Fish and Wildlife Conservation Commission (FWC) found two alligators at the golf course pond. The FWC said the one gator was 8-feet, 10-inches-long, and the other was 7-feet, 7-inches-long. The FWC removed the animals from the golf course.

It is not known for sure if the two alligators were involved in the fatal attack.

In late May, a man was killed by an alligator about 85 miles north of the deadly golf course incident.

The body of Sean McGuinness, 47, was found in an alligator-infested lake in Largo on May 31, according to the Largo Police Department.

McGuinness was reportedly searching for lost golf discs at Taylor Lake when he was attacked. He was missing three limbs when he was found in the Tampa-area lake.

The FWC noted that alligators are found in all 67 counties in Florida.

“In recent years, Florida has experienced tremendous human population growth. Many residents seek waterfront homes, and increasingly participate in water-related activities. This can result in more frequent alligator-human interactions, and a greater potential for conflict.”