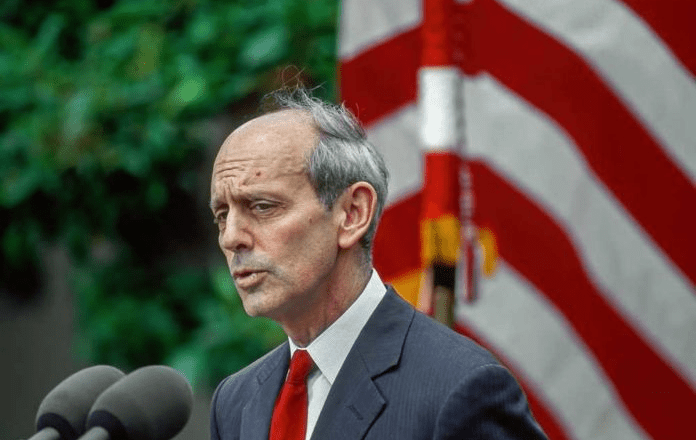 Last week marked the end of the Supreme Court’s 2021 term that featured three considerable wins for conservatives: the overturning of Roe v. Wade, the reaffirming of an individual’s right to keep and bear arms, and reaffirming Congress’ authority over the Executive Branch.

According to Harvard law professor Alan Dershowitz, the conservative Court is no longer the “Roberts Court,” but the “Trump Court.”

Not everyone agrees with Dershowitz’s melodramatic assessment, however. Many court observers believe that Justice Clarence Thomas is emerging as the most influential justice when it comes to the ideological voice of the conservative majority on the Court.

That would explain why Democrats and the media seem determined to target Justice Thomas in their attacks on the Court.

The Court concluded its term with the official retirement of Justice Stephen Breyer, the second-longest-serving member of the Supreme Court. In his place, Biden’s nominee, Ketanji Brown Jackson was sworn in on Thursday.

Democrats are fully aware that Jackson joining the Court will do nothing to change the balance of power which is why many elected Democrats are demanding that the Senate expand the size of the Court so President Biden can appoint more liberals.

When the rules prevent them from getting their way, Democrats demand the rules change. It’s just how they are.

The Supreme Court’s next term begins on October 3.

So far, the Court has already confirmed that it will be reviewing a controversial North Carolina election case that could potentially solidify the authority of state legislatures to set the rules for elections.

Unsurprisingly, the Left is losing its mind over the Court taking this case, with many fearing that the conservative majority will adhere to the Constitution and reaffirm the authority of state legislatures over elections.