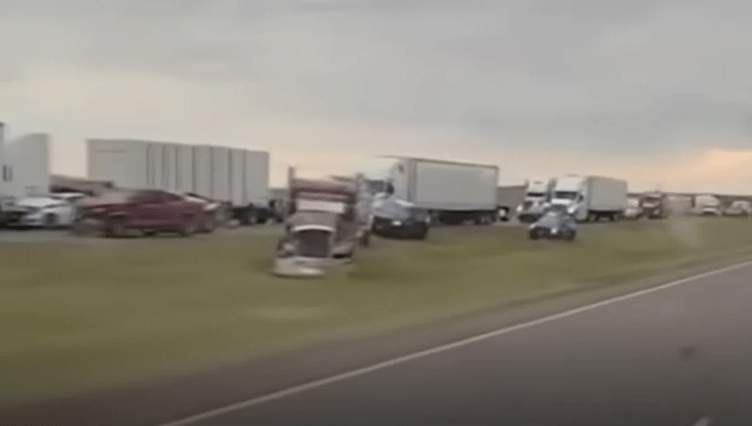 On Friday afternoon, sudden and powerful winds whipped up dust near Hardin, Montana. Wind gusts were recorded at more than 60 mph, according to the Associated Press.

“A quick-arising dust storm caused a 21-vehicle incident this evening,” Highway Patrol Sgt. Jay M. Nelson said by email. “This was sort of an unseen extreme weather event that came up. In Montana, we don’t usually have dust storms to the extent that there’s zero visibility.”

Meanwhile, there were dozens of other vehicles that were trapped for several miles on the eastbound lane of Interstate 90 near milepost 493.

Six people died because of the pileup – including two juveniles. Eight others were hospitalized for their injuries, according to USA Today.

“With 24 years on the Montana Highway Patrol, I can’t recall a crash of this significance,” Nelson added. “…Our thoughts and prayers go out to the families of people who tragically lost their lives.”

Cleanup crews worked through the night to clear the deadly pileup.

Montana Gov. Greg Gianforte remarked, “I’m deeply saddened by the news of a mass casualty crash near Hardin. Please join me in prayer to lift up the victims and their loved ones. We’re grateful to our first responders for their service.”