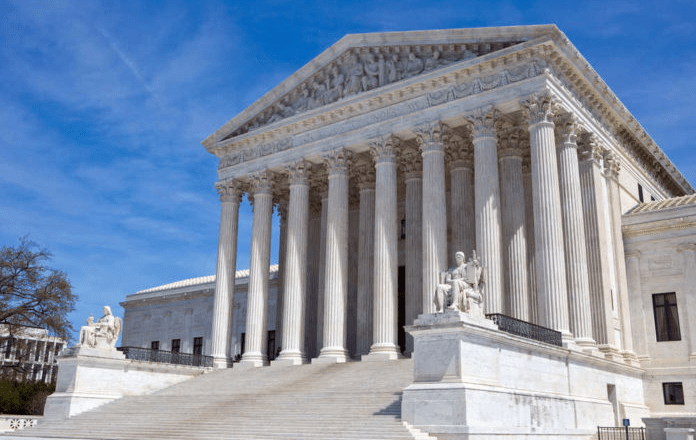 The Supreme Court has agreed to hear an election case later in the year revolved around what’s known as the “independent state legislative theory.”

Last week, the high court announced they would take up the case that concerns whether lawmakers at the state level have sole control over how elections proceed and how re-districting takes place. The fact that the Supreme Court has even agreed to hear the case is a big win for conservative groups that have fought against the addition of ballot drop boxes and mail-in ballots from the last election cycle.

As Jason Snead of the Honest Election Project commented for The Washington Free Beacon recently:

“Dark money-fueled left-wing lawyers have misused the courts to manipulate election laws and undermine commonsense voting safeguards for political gain. The Supreme Court now has the chance to uphold the Constitution and ensure that future elections have safeguards that make it easier to vote and harder to cheat.”

During the last presidential election in 2020, there was a lot of controversy over liberal states instituting different approaches to elections than they ever had before. Many of these changes were done at the last minute, as liberals said they were necessary due to the COVID-19 pandemic.

Lawyers for Republicans argue that state legislatures have the final decision on all election rules, which includes absentee ballots and laws regarding voter ID. In addition, they believe that the re-districting process, which happens every 10 years, is also under the singular purview of state governments.

Conservative lawyers argue that state agencies and state courts don’t have the ability to interfere in those decisions.

They refer to a section of the Constitution that says the “time, place and manner” of all elections shall be “prescribed in each state by the legislature thereof.”

The case in question originated in North Carolina. The state Supreme Court there decided not to adopt a new congressional map that the state legislature created, opting instead to impose one that it created. Republicans have argued that the court-imposed map is much friendlier to liberals in the state.

As such, the Republicans appealed to the nation’s Supreme Court for direction on the matter.

As the petition that the North Carolina Republican Party filed reads:

“The question presented in this case, at root, is who is vested with the power to decide the when, what, where and how of the American people’s exercise of self-government.”

Democrats must be worried that the now conservative Supreme Court is going to rule in the GOP’s favor, which could severely limit the ability of liberal-leaning state agencies and courts to make election rules without the approval of their state legislature.

Back in March, when the North Carolina GOP sought an emergency order to reinstate the district lines that were drawn by the legislature, Justices Clarence Thomas and Neil Gorsuch issued a ruling that was in the conservatives’ favor. They wrote:

“If the language of the Elections Clause is taken seriously, there must be some limit on the authority of state courts to countermand actions taken by state legislatures when they are prescribing rules for the conduct of federal elections.”