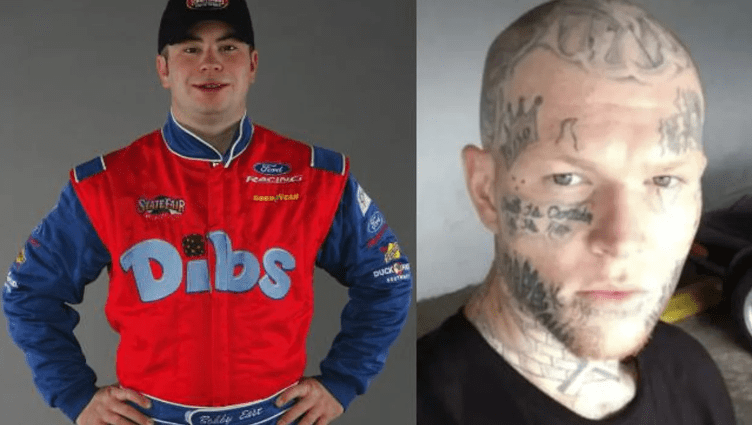 Editor’s note: The article has been updated with new information from the Westminster Police Department.

NASCAR star Bobby East was stabbed to death at a California gas station while filling up his car. The three-time US Auto Club (USAC) champ was only 37 years old when he died.

At around 5:50 p.m. on July 13, police officers responded to emergency calls reporting a stabbing at a gas station in Westminster – about 30 miles southeast of Los Angeles. Officers found East with a serious stab wound on his chest. Officers attempted life-saving procedures before East was taken to a local hospital. East was later pronounced dead at the hospital.

Westminster Police Department said in a statement, “Trent William Millsap, who fled the area prior to police arrival, is suspected of stabbing the victim. Millsap also has an outstanding parole warrant. He should be considered armed and dangerous. Millsap is transient and known to frequent Westminster, Garden Grove, and Anaheim motels.”

Millsap stabbed another man at the 76 gas station, according to the Daily Mail.

The Westminster Police Department released an update that Millsap was shot and killed by police.

On Friday, July 15, 2022, Westminster Police Department detectives received information a wanted homicide suspect was in an apartment located in the 3300 block of Lincoln Avenue in the City of Anaheim. The West County SWAT Team responded to serve a search/arrest warrant for the suspect. During the service of the search warrant, an officer-involved shooting took place. No officers were injured; however, a police K-9 sustained a single gunshot wound that was not life-threatening. The Westminster Police Department, along with members of the Orange County District Attorney’s office are currently investigating the shooting.

Millsap had been facing a murder charge.

Racer added, “His score in the 2012 Sumar Classic Terre Haute finale was historic as it put him on the exclusively short list of nine drivers in USAC history who’ve won on dirt and pavement tracks in all three national divisions: Silver Crown, National Sprint Car and National Midget.”

In 2001, East won a race at the USAC National Midget event at just 16 years old – the youngest racer to ever accomplish the feat.

East – the son of USAC Hall of Fame car builder Bob East – won the Rookie of the Year award in 2001 after winning three performances and becoming the winningest USAC National Midget Rookie in more than a quarter century.

The racing world reacted to the tragic news of the stabbing death of the NASCAR star.

Two-time NASCAR champion Todd Bodine said, “Very sad to hear of the tragic incident involving Legend USAC driver Bobby East. He was one heck of a wheelman. Thoughts and prayers to his family.”

NASCAR reporter Bob Pockrass noted, “Bobby East had 42 starts combined in the Xfinity and truck series. Shocking and sad to read about his stabbing. RIP.”