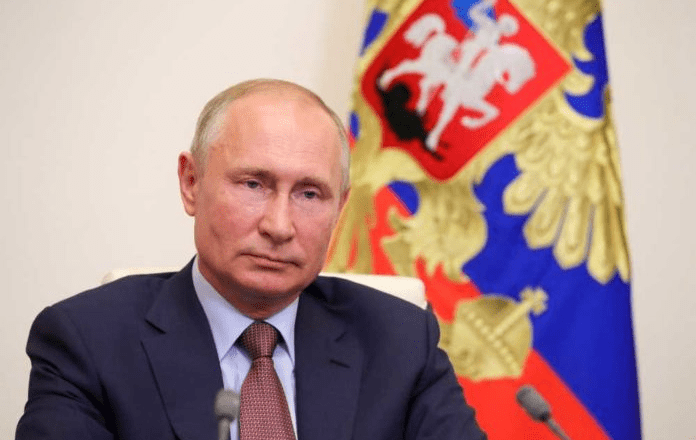 As many western countries have moved away from reliance on Russian oil following President Vladimir Putin’s invasion of neighboring Ukraine, one country is turning toward them for help.

Business Insider reported this week that the president of Sri Lanka, Gotabaya Rajapaksa, asked Putin for some help to import fuel as his country is experiencing a significant economic crisis.

On Wednesday, Rajapaksa tweeted he held a “very productive” telephone call with Putin recently, during which he asked for support with credit. Sri Lanka has purchased oil from Russia plenty of times in the past.

Sri Lanka is in a desperate economic bind. Earlier this week, Kanchana Wijesekera, the country’s energy minister, said they had only roughly one days’ worth of fuel left in their reserves. Then, on Tuesday, Ranil Wickremesinghe, Sri Lanka’s prime minister, said the country was essentially “bankrupt.”

This caused protesters to gather outside of the building for parliament located in the country’s capital city of Colombo this week, shouting calls for the president to resign from office.

In June, Sri Lanka’s inflation rate his 54.6%, a record for the country, and food prices there have just about doubled to what they were before inflation began.

In May, Sri Lanka defaulted on the debts it had, which eventually led to their reserves of foreign currency being exhausted as well. As such, the country hasn’t been able to pay for the fuel that it needs to import from other countries.

Sri Lankan people have been sitting in extremely long lines for gas as part of the massive fuel shortage. The government has even recommended that people begin to work from their homes just so they can save on fuel and not further deplete the limited reserves the country has.

All of this catastrophe forced Rajapaksa to turn to Putin for help in paying for much-needed fuel. In addition to asking for help with credit for the fuel, the Sri Lankan president asked Putin to restart their operations of Aeroflot, Russia’s national carrier, in Sri Lanka.

“We unanimously agreed that strengthening bilateral relations in sectors such as tourism, trade & culture was paramount in reinforcing the friendship our two nations share.”

One of the main reasons why Russia’s carrier is needed is that SriLankan Airlines is being forced to cancel many flights simply because they don’t have enough fuel to fly. The company is trying to bring in jet fuel from India so that they can resume their flights.

The country of Sri Lanka is also talking with the International Monetary Fund for assistance in saving the economy. They are also working on an aid consortium with countries such as China, Japan and India.

All of this may not sound like great news to the United States and other western nations, but it’s an inevitability that some countries are going to reach out to Russia when they are desperate for exports such as fuel.