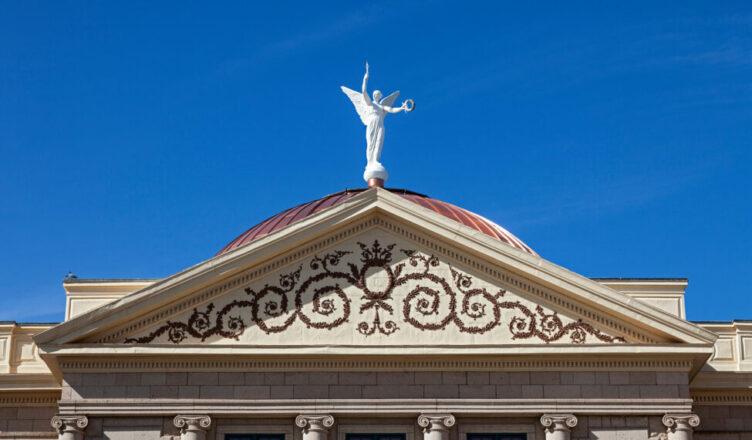 A federal judge will hear evidence against the use of electronic voting machines in Arizona’s upcoming midterm elections on Thursday, July 21.

Ordered early Monday morning, Judge John J. Tuchi granted the hearing in response to a request for a preliminary injunction against the use of electronic voting machines and subsequent motions to dismiss filed by defendants Arizona Secretary of State Katie Hobbs and the Maricopa County Board of Supervisors.

The original injunction was filed by plaintiffs Kari Lake, a candidate for Arizona’s gubernatorial race, and Arizona state Rep. Mark Finchem, who is running for secretary of state.

On July 21, a federal judge will hear the request from @KariLake and @RealMarkFinchem for a preliminary injunction to block the use of electronic machines in elections. Sets up to three hours for the hearing.— Mary Jo Pitzl (@maryjpitzl) July 14, 2022

“As there is substantial overlap in the motions, the Court will entertain consolidated presentations from the parties,” the judge ordered. “Plaintiffs will have no more than two hours to present all argument and, as pertains to their application for injunctive relief, evidence. Defendants shall have no more than three hours collectively to present their argument and evidence.”

In the complaint, Lake and Finchem argued that they have “a constitutional and statutory right to have their ballots, and all ballots cast together with theirs, counted accurately and transparently, so that only legal votes determine the winners of each office contested in the Midterm Election.”

Electronic voting machines, the plaintiffs contended, are not “reliably secure” and do not meet the legally required standards to ensure a secure election.

“The use of untested and unverified electronic voting machines violates the rights of Plaintiffs and their fellow voters and office seekers, and it undermines public confidence in the validity of election results,” the complaint reads. “Just as the government cannot insist on ‘trust me,’ so too, private companies that perform governmental functions, such as vote counting, cannot be trusted without verification.”

Noting that experts have warned of the vulnerability of electronic voting machines, the plaintiffs requested that the judge order the defendants to collect and count votes by hand, using verifiable paper ballots, while maintaining voter anonymity and transparency “in a fashion observable to the public.”

MyPillow CEO Mike Lindell, who assisted with filing the lawsuit, reported news of the hearing Friday on “The Lindell Report.”

“This is historical news,” he said. “This is our first preliminary injunction, everybody, that started a month and a half ago. … A judge is really gonna look at the evidence! It’s amazing!

BREAKING: Mike Lindell announces his team is getting preliminary injunctions in 8 states next week “to get machines out of our elections once and for all!” pic.twitter.com/k3M5w7ZaHT— RSBN 🇺🇸 (@RSBNetwork) April 9, 2022

“The preliminary injunctions are to get machines out of our elections once and for all,” Lindell said.

In recent months, the issue of election integrity has been brought back to the forefront following the release of “2000 Mules.” The film, with its explosive allegations of ballot trafficking during the 2020 election, raised questions among voters of all persuasions regarding the legitimacy of the current administration.