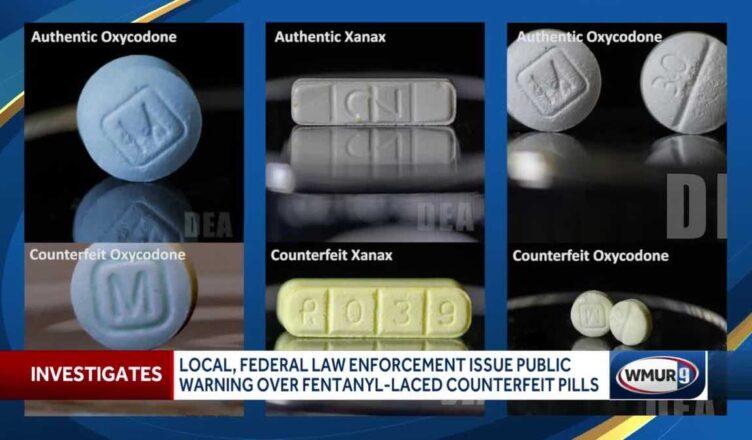 The DEA made a record-high seizure of about one million fentanyl pills in California this month.

As the Drug Enforcement Administration this month made its largest seizure to date of fentanyl pills in California, Texas state Rep. Steve Toth (R) called the illegal drugs crossing the southern border via cartels “an illegal invasion by paramilitary forces.”

On Thursday, the DEA Los Angeles Field Division announced it had seized about one million fake pills containing fentanyl in Inglewood, Calif., on July 5. The seizure of the $15-20 million in illegal drugs was the result of a joint investigation that began in May of a Los Angeles-area drug trafficking organization believed to be linked to Mexico’s powerful Sinaloa Cartel.

The Mexican cartel turns fentanyl made in China into pills to look like medication before selling it in the U.S. through border traffickers.

In December, nearly 1.7 million fentanyl pills were seized in Arizona, which was the largest bust made by the DEA in the state.

“This past month, we had over 320 million lethal doses of fentanyl come across the border,” Toth told the “Just the News, Not Noise” TV show on Wednesday.

According to the CDC, “the leading cause of death by Americans in the United States between the ages of 18 and 45, is illegal drugs,” Toth said. “And primarily it’s fentanyl. And it’s coming across the southern border from Mexico, through Texas. And Texas is not the only one suffering as a result of this. All of America is suffering. This is an illegal invasion by paramilitary forces that control the northern states of Mexico.”

Toth explained how the fentanyl crisis isn’t limited to Texas.

“For whatever reason, we cannot get people outside of Texas to care about this,” he said. “It is an equal-opportunity killer. We’re killing people in blue states and red states by not closing the border.”

Earlier this month, Texas border county officials declared an “invasion” at the southern border in a bid to pressure Gov. Greg Abbott (R) to do the same. Two days later, Abbott “issued an executive order authorizing and empowering the Texas National Guard and the Texas Department of Public Safety to apprehend illegal immigrants who illegally cross the border between ports of entry and return them to the border,” according to the governor’s office.

However, Abbott’s order “does not appear to formally declare an invasion nor direct the National Guard and Department of Public Safety to remove illegals across the border directly to Mexico,” Center for Renewing America President Russ Vought and Senior Fellow Ken Cuccinelli, both former Trump administration officials, said in a joint statement. “That is critical. Otherwise, this is still catch and release.”