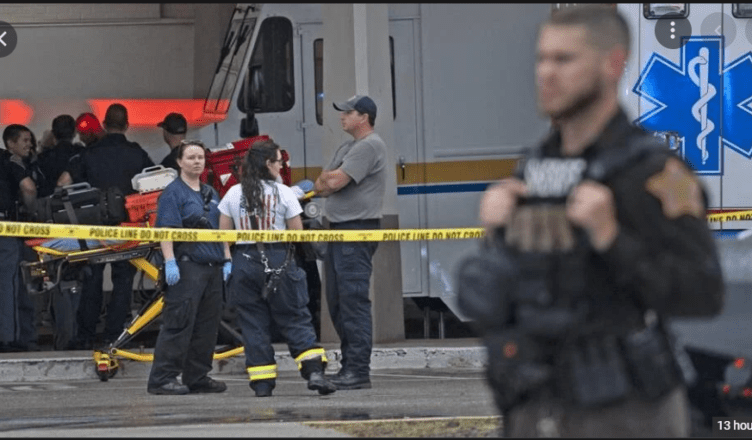 The town’s mayor wrote that on behalf of the city, he is grateful for the good samaritan’s “quick action and heroism”

Greenwood Mayor Mark Myers says a total of four people including the gunman are dead and two others are injured, including a 12-year-old girl, in connection with the incident.

“As of now, we do not know the shooter’s identity or motive,” Myers said in a statement released by the city police department. “We do know that someone we are calling the ‘good Samaritan’ was able to shoot the assailant and stop further bloodshed. This person saved lives tonight. On behalf of the City of Greenwood, I am grateful for his quick action and heroism in this situation.”

The Indianapolis suburb of Greenwood is home to about 64,000 people.

As of July 1, Indiana stopped requiring a permit to legally carry or conceal a handgun, provided carriers meet certain requirements such as not having an order of protection issued against them.