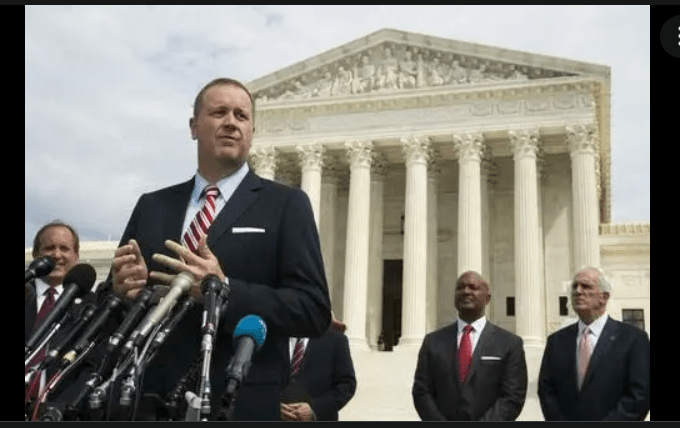 A federal judge has ordered several social media companies to turn over documents and answer questions within the next 30 days as part of the discovery phase in a lawsuit brought by the states of Missouri and Louisiana, which allege that the Biden administration colluded with tech giants to censor conservatives.

“A federal court granted our request for discovery & documents from top ranking Biden officials & social media companies to get to the bottom of their collusion to suppress & censor free speech,” tweeted Missouri Attorney General Eric Schmitt on Tuesday, adding “No one has had the chance to look under the hood before – now we do.“

🚨 BREAKING: A federal court granted our request for discovery & documents from top ranking Biden officials & social media companies to get to the bottom of their collusion to suppress & censor free speech.

No one has had the chance to look under the hood before – now we do. pic.twitter.com/TzrxtC3piN

“In May, Missouri and Louisiana filed a landmark lawsuit against top-ranking Biden Administration officials for allegedly colluding with social media giants to suppress freedom of speech on a number of topics including the origins of COVID-19, the efficacy of masks, and election integrity,” Schmitt said in a Tuesday statement. “Today, the Court granted our motion for discovery, paving the way for my Office to gather important documents to get to the bottom of that alleged collusion – this is a huge development.”

ZeroHedge will be very interested to see if there are any further communications between the government and Twitter regarding our February 2020 ban for suggesting that Covid-19 may have emerged from a Wuhan lab, which notably made its way into a FOIA release of Dr. Anthony Fauci’s emails.

As The Center Square‘s Joe Mueller writes of the Missouri case:

The AGs also allege a “Disinformation Governance Board” within DHS pressured social media companies to suppress free speech on:

“Great news in the Missouri/Louisiana case vs. the Biden administration’s manipulation of social media to censor scientific speech!” tweeted Stanford professor Jay Bhattacharya, an advocate for scientific transparency whose writing have appeared in the WSJ, and has joined the plaintiff’s side in the suit.

The Biden administration failed to convince the judge that states can’t meet an “injury in fact” standard, defined as “it suffered ‘an invasion of a legally protected interest’ that is ‘concrete,’ ‘particularized,’ and ‘actual or imminent, not conjectural or hypothetical,” according to Center Square. The DOJ argued that there was no link between alleged injuries to the states and the government’s alleged actions.

The lawsuit, which was filed on May 5, 2022, alleges that the Biden Administration – more specifically President Biden, Press Secretary Jen Psaki, Dr. Anthony Fauci, Director of the now-defunct Department of Homeland Security’s “Disinformation Governance Board” Nina Jankowicz, Surgeon General Vivek Murthy, Department of Homeland Security Secretary Alejandro Mayorkas, and others – both pressured and colluded with social media giants Meta, Twitter, and Youtube to censor free speech in the name of combating so-called “disinformation” and “misinformation,” which led to the suppression and censorship of truthful information on several topics, including COVID-19.