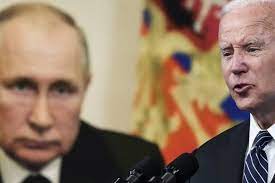 “Keep going that way, our dear American ex-partners!” urged Russia’s UN ambassador in response to a photo of Levine and Brinton

Russian Foreign Affairs communications official Maria Zakharova posted a photo on Telegram of Brinton and Levine in heels and skirts at the party with the caption as translated: “Answer the question honestly for yourself: Are these the values that you are ready to instill in your children? Or do we still fight for our own?”

Russia’s United Nations diplomat Dmitry Polyanskiy also reposted a photo of Levine and Brinton with the caption: “Keep going that way, our dear American ex-partners! I don’t think we even need any long-term strategies to counter your malicious role in the world – you are doing the right thing yourselves! And let the whole world see WhoYouAre!”

Brinton, became the Deputy Assistant Secretary for Spent Fuel and Waste Disposition in the Office of Nuclear Energy in the Department of Energy in June, posted the original photo with Levine on Instagram. The account has since been made private, but many screenshots of the photo are circulating online.

Brinton has a controversial personal life, as reported by Just the News in February. In his free time, Brinton is a gender-fluid LGBT+ activist, a drag queen and a “pup” fetishist.

Levine is the first openly transgender federal official. As Pennsylvania Health Secretary, Levine came under fire for moving her mother out of a nursing home during the COVID-19 pandemic after the state mandated that elder care facilities accept COVID-positive patients.