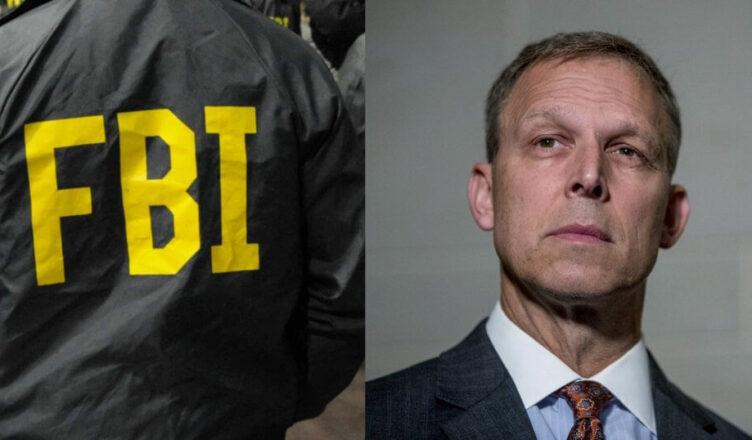 The FBI paid visits to multiple Republicans in the Pennsylvania House and Senate Wednesday to look for information connected to Republican U.S. Rep. Scott Perry and his scheme to install alternate electors in 2020, according to a report.

The FBI delivered subpoenas and sought information from multiple individuals, sources told PennLive, and some were explicitly told they were not the target of the investigation.

‘I’m outraged — though not surprised — that the FBI under the direction of Merrick Garland’s DOJ, would seize the phone of a sitting Member of Congress,’ Perry said in a statement to Fox News on Tuesday.

‘My phone contains info about my legislative and political activities, and personal/private discussions with my wife, family, constituents, and friends. None of this is the government’s business.’

Perry said that while he and his family were traveling earlier Tuesday, he was approached by three FBI agents who handed him a warrant and seized his cellphone.

‘They made no attempt to contact my lawyer, who would have made arrangements for them to have my phone if that was their wish,’ he said.

Perry, a loyal Trump ally, is an original member of the conservative House Freedom Caucus and took over as the group’s leader at the beginning of the year.

The Jan. 6 committee claimed Perry is one of five Republicans who allegedly sought a pardon for their role in attempting to overturn the election, but Perry has denied ever doing so.

While Perry’s phone was taken through a warrant – which would have required the approval of a magistrate  judge – the subpoenas handed out to Pa. lawmakers did not require the review of a judge. Still, the lawmakers are required to comply unless they take the matter to court and the subpoena is quashed.

The confiscation of Perry’s phone comes just one day after FBI agents descended on Trump’s Mar-a-Lago home in Florida in what Perry called in his statement an ‘unnecessary and aggressive action.’

‘As with President Trump last night, DOJ chose this unnecessary and aggressive action instead of simply contacting my attorneys,’ he stated.

The FBI raid on Monday was related to Trump’s removal of classified documents from the White House and not the Department of Justice’s investigation into January 6, The New York Times reported.