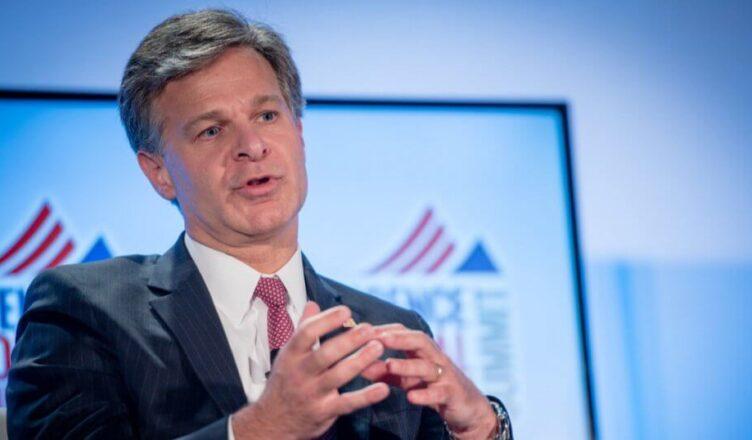 Instead, the nation’s top cop blasted social media threats against him and other law enforcement officers that surfaced after the unprecedented raid of a president’s home. Director Wray had cut short a Senate Judiciary Committee hearing Thursday, saying he had a plane to catch. He is back but not answering any questions.

On Monday, the FBI executed a “raid” on Trump’s Florida home and by that night, droves of social media posts criticized the incident and accused the bureau of being politicized in nature. Some messages also called for violence towards Wray, a massive uprising, and even a civil war.

“I’m always concerned about threats to law enforcement,” Wray said Wednesday, condemning the posts. “Violence against law enforcement is not the answer, no matter who you’re upset with.”

He called the threats “deplorable and dangerous.”

The comments were made after a news conference at the agency’s field office in Omaha, Nebraska, where Wray provided comments about the FBI’s focus on cybersecurity.

At the presser, Wray declined to comment further or answer any questions about why FBI agents spent hours on Monday searching Trump’s Palm Beach, Florida resort. This was the first time in U.S. history that the FBI has conducted such a search at the residence of a former president.

Since Monday, scores of messages have been seen on Twitter, Gab, and TRUTH Social calling for violence across the country.

Both Garland and Wray travel with armed security.

A post on Gab said, “All it takes is one call. And millions will arm up and take back this country. It will be over in less than 2 weeks.”

Another said, “Lets get this started! This unelected, illegitimate regime crossed the line with their GESTAPO raid! It is long past time the lib socialist filth were cleansed from American society!”

Courts have traditionally granted great leeway to political speech, including fiery rhetoric, but it is unclear if a Justice Department that labels parents “terrorists” if they protest at board of education meetings will conflate political speech with terrorism.