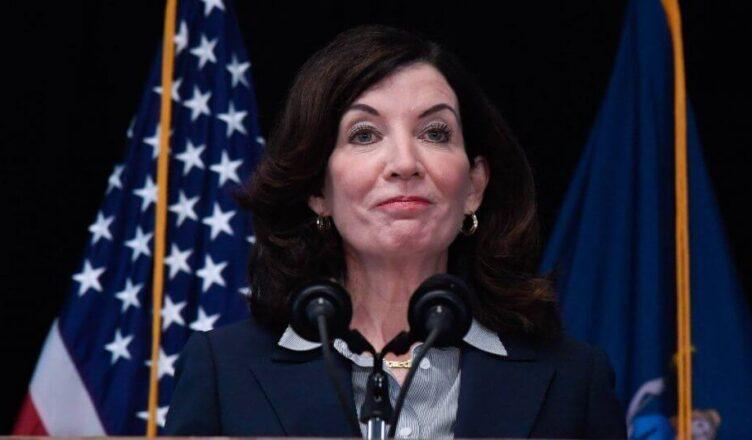 “By treating all New Yorkers with dignity and respect, we can improve public safety while ensuring New Yorkers have a fair shot at a second chance,” Gov. Hochul said in a statement.

According to a press release on Hochul’s website, the new legislation will “reduce harmful stigma against incarcerated people by correcting outdated terminology” in an effort to “promote greater fairness and restore dignity for individuals that have been affected by the criminal justice system.”

“Legislation (A.9273/S.8216) replaces instances of the word ‘inmate’ in state law with ‘incarcerated individual’. Individuals impacted by the criminal justice system have long noted that terms such as felon, inmate, prisoner, and convict dehumanize individuals and perpetuate the idea that incarcerated people should be permanently demonized and stigmatized. This language change within state law will reduce stigma against people involved in the criminal justice system and therefore eliminate barriers to opportunities that they face. Previous legislation covered all instances of state law but did not cover active pieces of legislation in 2021 that were signed into law and included the term ‘inmate’.”

Republican state Sen. James Tedisco slammed the legislation, calling it a “woke criminals first law” and urged his supporters to help him pass a separate piece of “victim’s first” legislation and get Hochul out of office.

It is unclear if the law will reach to training videos where COs will be required to address prisoners differently: “Back in line, incarcerated individual!”

A Wednesday telephone call for comment to the NYS Correctional Officers and Police Benevolent Association was not immediately returned.