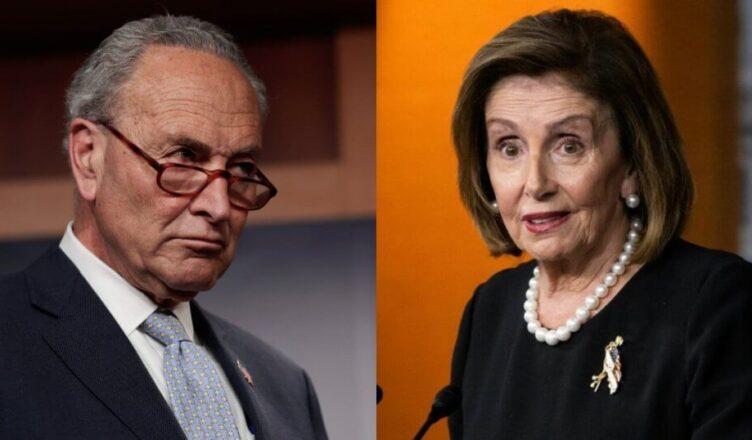 The Daily Wire reported that the FBI executed a search warrant and did not allow Trump’s attorneys to witness the search, because they believed Trump had not returned all documents requested by the National Archives office earlier this year.

The warrant’s approval required multiple authorizations and likely a green light from the White House, though the White House denied knowing anything about the raid — a claim most assess as implausible.

During a Tuesday morning interview on MSNBC’s “Morning Joe,” Pelosi was asked for her comments on the FBI’s actions.

“All I know about that is what is in the public domain,” Pelosi said. “I was surprised that it flashed on my phone last evening. So I don’t really have too much to say, except that, to have a visit like that, you need a warrant. To have a warrant, you need justification. … But that — all of this will, I’m sure, be made known to us over time. But I have no knowledge of it.”

Pelosi did not mention that the judge who authorized the raid has a history of questionable activities, including once representing Jeffrey Epstein as his lawyer and making disparaging remarks about Trump on Facebook. Others question whether or not a judge of his rank had the authority to authorize the raid.

Speaking to Savannah Guthrie on the Today Show, Pelosi said of Trump, “No one is above the law” (except, evidently, her husband Paul).

House Speaker Nancy Pelosi is talking live with @SavannahGuthrie for her first interview since returning to Washington.

Seeing the wave of backlash against the Justice Department’s heavy-handed overstep in the matter, Senate Majority Leader Charles Schumer (D-NY) looked for cover when asked about the raid by MSNBC host Rachel Maddow.

Schumer, who as Senate Majority Leader is well informed on key political issues, refused to comment, stating he knew nothing about the matter.

“Well, I know nothing about it other than what I’ve read like everybody else,” said Schumer. “So I think it’s wise for me to withhold comment until we learn more.”

Schumer also refused to respond when Maddow brought up House Minority Leader Kevin McCarthy’s (R-CA) recent statement noting that he would hold the FBI and Justice Dept. leaders accountable should Republicans, as expected, take control of the House in November.

Maddow began: “I know that you don’t want to talk about the substance of the matter at Mar-a-Lago —”

“— but I do want to ask your reaction to what Mr. McCarthy has said,” Maddow pressed.

“Look, I think we don’t, none of us know the facts and any comments are premature,” Schumer said.

Rachel Maddow finds that @SenSchumer is treading very lightly around the FBI's execution of a search warrant at Mar-a-Lago today. pic.twitter.com/GRdJkZnAnq

Coddling her progressive guest, Maddow gave Schumer a pass for not answering basic questions and concluded the interview with a backhanded compliment, saying, “Okay, I will not press you on it because I know you are disciplined enough that it would be futile on my part [to do so].”