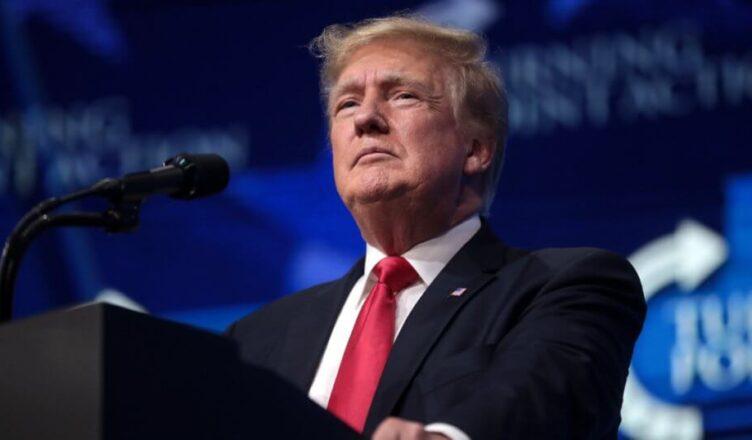 The only president in U.S. history to have armed federal agents raid his home expressed outrage with the Justice Department.

Former President Donald Trump noted he had allowed the FBI to access his document room and had a lock added at their request. So, he does not understand why they came back with a warrant when he freely offered access.

Trump attorney Chritina Bobb said in an EpcohTV interview Thursday that Mr. Trump permitted FBI agents to enter Mar-a-Lago, in June, and gave them free reign that day to inspect his documents. “He was kinder than I would have been,” Ms. Bobb said. The attorney explained she was shown the warrant but not allowed to observe agents during their ten-hour search of the president’s property.

“In early June, the DOJ and FBI asked my legal representatives to put an extra lock on the door leading to the place where boxes were stored in Mar-a-Lago – We agreed,” Trump said in a post on Truth Social on Aug. 10, in an apparent reference to boxes that may have been used to store presidential records in Mar-a-Lago. “They were shown the secured area, and the boxes themselves.”

“Then on Monday, without notification or warning, an army of agents broke into Mar-a-Lago, went to the same storage area, and ripped open the lock that they had asked to be installed. A surprise attack, POLITICS, and all the while our Country is going to HELL!” Trump said.

The former president’s Wednesday statements, if true, throw further questions on the justification and appropriateness of the raid which was reportedly carried out in relation to a Department of Justification (sic) probe into whether Trump took presidential records with him after he left office. The DOJ and FBI have declined to comment on the matter, and the search warrant is currently under seal.

“Nothing had been hidden and nothing had been kept secret from them, which makes this all more all the more ridiculous,” Trump’s lawyer told The Epoch Times on Tuesday. Bobb confirmed that the federal agents were looking for presidential records at Mar-a-Lago during the raid.

“Donald Trump didn’t commit a crime,” she said. “They would have to lay the foundation that Donald Trump actually packed up his own office, and Donald Trump was actually the custodian of these records, and that he actually moved them.”

While the Presidential Records Act of 1978 stipulates that an administration must transfer to the U.S. Archivist (head of the National Archives) certain classified records related to the president’s duties by the end of the president’s term, few former presidents have done so in a short period of time, and none have been prosecuted as a result.

On Tuesday, the magistrate judge who reportedly approved the search warrant ordered the Department of Justice to file a response to a motion asking for the DOJ to unseal the warrant no later than Aug. 15.

U.S. Magistrate Judge Bruce E. Reinhart, who signed the search warrant, Wednesday ordered the Justice Department to reply to the motions filed by Judicial Watch and the Albany Times Union. The Conservative watchdog agency and upstate N.Y. daily newspaper asked the court to unseal the warrant and the affidavit detailing the probable cause provided by the Justice Department.