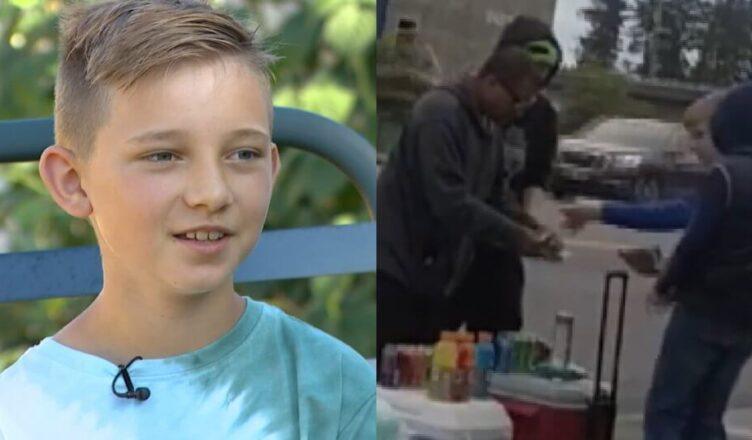 He was on Beverly Boulevard selling lemonade and food a few weeks ago when he said two men purchased $20 worth of items, then they wanted to know if he could break a $100 bill.

“After the suspect left, Jeremey went to the local gas station, where he learned that the 100-dollar bill was fake and was out all his allowance money,” the department continued, adding citizens should contact the agency if they recognized the suspect in the photo:

Meanwhile, Jeremy was putting some of his money toward his other businesses and keeping some to spend. The rest was going toward helping families such as his own who were in Ukraine.

“This was set up with the hopes that we could get Jeremy successfully set up to reopen his stand again. With all of the love and support this has gained WORLD wide now this has completely exceeded any hopes,” an update on the page read.