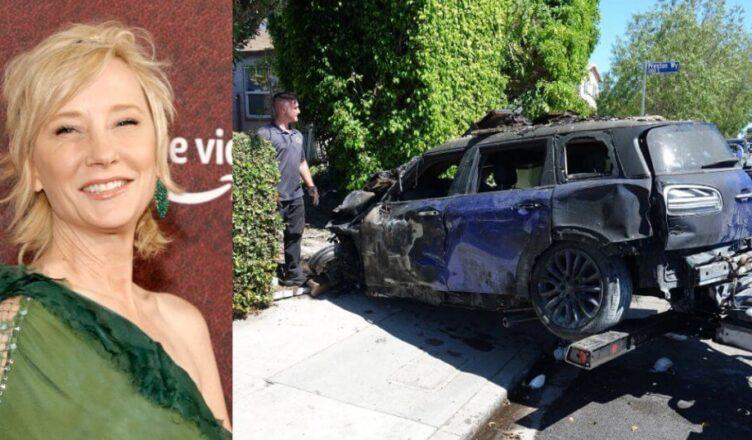 Actress Anne Heche, 53, had cocaine and fentanyl in her blood drawn by hospital staff treating her after a car accident.

“On August 5, 2022, at around 1055, a.m., a vehicle driven by Anne Heche collided with a residence in the 1700 block of Walgrove Avenue,” Los Angeles police said in a statement. “Heche sustained significant injuries, was rendered medical attention by the Los Angeles Fire Department and subsequently transported to a local hospital where she is still receiving medical attention.”

Police added that West Traffic detectives got a search warrant for a blood sample from Heche. A department spokesperson said that is common practice in cases like this. A second blood test will be conducted to determine if the drugs in her blood system were administered by West Hills hospital staff treating her for severe burns she suffered after her collision.

Heche, who is being investigated for felony Driving under the Influence, suffered a severe anoxic brain injury and remains in a coma in critical condition, according to a statement from her publicist. She is not expected to survive, the statement added.

It is a felony investigation because a female in the house Heche collided with was “engulfed in flames,” police said. The woman living in the home Heche destroyed has been identified as Lynne Mishele, according to the NBC News report.

“It has long been her choice to donate her organs and she is being kept on life support to determine if any are viable,” Heche’s publicist stated. “Anne had a huge heart and touched everyone she met with her generous spirit. More than her extraordinary talent, she saw spreading kindness and joy as her life’s work — especially moving the needle for acceptance of who you love.”

“She will be remembered for her courageous honesty and dearly missed for her light.”

Heche, who appeared in “Donny Brasco,” “Wag the Dog” and “Six Days Seven Nights,” acted in some projects still in postproduction, such as the movie “Supercell” with Alec Baldwin and HBO’s “The Idol.”