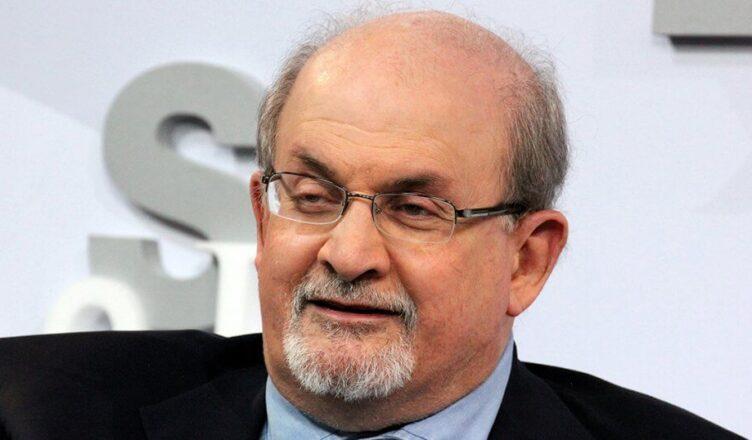 An author who angered Muslims with his 1988 book “The Satanic Verses,” they called blasphemous, was stabbed Friday, in New York.

Indian-born Salman Rushdie, 75, has received death threats ever since, fueled by a 1989 fatwah issued by the late Iranian leader, the Ayatollah Khamenei. The current leader of Iran has not issued a fatwah of his own, but a large bounty approaching $3 million is reportedly offered for anyone who kills Rushdie.

The author was stabbed in the neck around 11 a.m. as he was preparing to deliver a lecture upon a Western New York stage, according to a Friday statement from New York State Police Troop A Commander Major Eugene Staniszewski.

“Rushdie suffered an apparent stab wound to the neck, and was transported by helicopter to an area hospital. his condition is not yet known,” Staniszewski stated. “The interviewer suffered a minor head injury. A state trooper assigned to the event immediately took the suspect into custody.”

Gov. Kathy Hochul (D-NY) said during a press conference the state trooper at the scene “stood up and saved” Rushdie’s life, according to a Fox News report.

“Rabbi Charles Savenor was among the roughly 2,500 people in the audience,” according to an Associated Press report. The report noted “spectators were ushered out of the outdoor amphitheater.”

The assailant got on the platform with the author “and started pounding on Mr. Rushdie,” Savenor said. “At first you’re like, ‘What’s going on?’ And then it became abundantly clear in a few seconds that he was being beaten.” The rabbi informed the AP reporter that the attack lasted about 20 seconds.

Another spectator, Kathleen Jones, described the attacker as being dressed in black and wearing a black mask.

“We thought perhaps it was part of a stunt to show that there’s still a lot of controversy around this author,” Jones said. She added it became evident in a few seconds that it was not.

Rushdie was quickly surrounded by a small group of people who held up his legs, according to the report, presumably to deliver more blood to his chest.