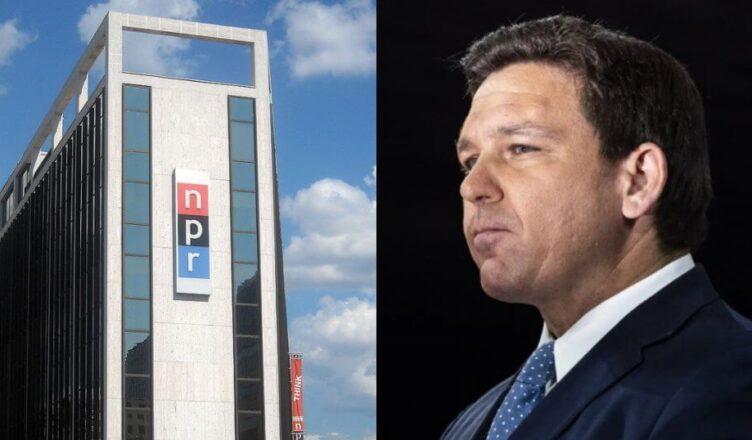 An announcement by Gov. Ron DeSantis (R-FL) about a new design for Sunshine State license plates drew condemnation from liberals.

DeSantis posted to Twitter on July 30 notice that the Gadsen Flag plates were available for preorder. Soon after, groups like the Southern Poverty Law Center claim the design connotates extremism to the point of insurrection.

The flag, depicting a coiled rattlesnake above the motto “Don’t Tread on Me,” was introduced in the U.S. during the Revolutionary War. It is true, the British considered the colonists revolting against their rule of the U.S. insurrection. If “terrorism” was a word then, they probably would have used that word.

When Florida Gov. Ron DeSantis recently tweeted an image of what he said was a new state license plate featuring a coiled rattlesnake and the words “Don’t Tread on Me,” he said it sends a “clear message to out-of-state cars.”

The imagery of the Revolutionary War-era Gadsden flag dates to Benjamin Franklin but has, for many, come to symbolize a far-right extremist ideology and the “Stop the Steal” movement that sought to overturn the 2020 presidential election results.

“The state can’t claim a lack of knowledge about what this image represents to most of the public,” says Rachel Carroll Rivas, deputy director of research and analysis for the Intelligence Project at the Southern Poverty Law Center.

She says it’s become clear that the flag has been used for some “really awful” causes, most notably the Jan. 6 insurrection at the U.S. Capitol where violent protesters attacked police as part of an effort to overturn the results of the 2020 presidential election.

Carroll Rivas compares it to a similar controversy over the use of the Confederate “stars and bars” flag on license plates. In 2009, the group Confederate Veterans, Inc., requested the flag on a specialty license plate, but Texas refused. The veterans group sued, and the case ultimately went to the Supreme Court. In 2015, in a 5-4 decision, the court held that such specialty plates (not to be confused with “vanity plates”) were government speech and therefore states have the right to pick and choose what goes on them.