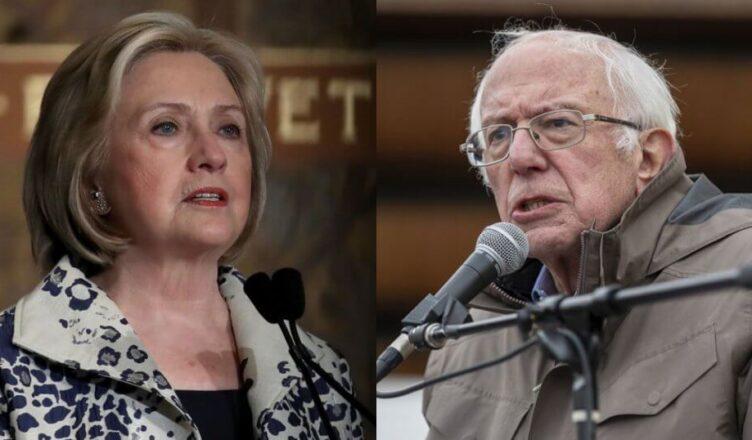 According to a new book from NBC Capitol Hill correspondent Ali Vitali, Hillary Clinton once accused her former Democratic Party rival Bernie Sanders of being sexist, alleging that he routinely made demeaning comments about women, including those he campaigned against.

The exclusive quote from Clinton came from Vitali’s new book, “Electable: Why America Hasn’t Put a Woman In the White House … Yet,” a political memoir about her time covering the female candidates of recent U.S. presidential elections.

Politico published an excerpt of the book on it’s website focusing on the democratic primary for the 2020 election, from the perspective of Senator Elizabeth Warren (D-MA), and the argument she had with her rival progressive candidate over comments he allegedly made that “a woman couldn’t win” the election.

As Vitali’s book recalled, during the now infamous 2020 Democratic primary debate night, moderator Abby Phillip of CNN addressed Sanders: “CNN reported yesterday, and Senator Sanders, Senator Warren confirmed in a statement, that in 2018, you told her that you did not believe that a woman could win the election.” She then asked, “Why did you say that?”

Vitali recounted Sanders’ quote, in which Sanders reportedly claimed, “Well, as a matter of fact, I didn’t say it. And I don’t want to waste a whole lot of time on this, because this is what Donald Trump and maybe some of the media want. Anybody who knows me knows that it’s incomprehensible that I would think that a woman couldn’t be president of the United States.”

One particular moment that would eventually go viral came at the end of the debate, where Warren, with a hot mic, confronted Sanders, saying, “I think you called me a liar on national TV.” Sanders waved off the concerns, saying “Let’s not do this now,” and stepped off the stage after an awkward moment.

However, Vitali alleges that Warren wasn’t the only female candidate to be disgruntled at Sanders, after her 2016 loss.

The journalist claimed in the excerpt that Clinton sounded off on the Vermont senator’s sexism surrounding the incident. Vitali wrote, “Hillary Clinton was watching this debate moment, too. ‘I believed her, because I know Sanders, and I know the kind of things that he says about women and to women,’ she told me, her distaste for her 2016 opponent still palpable.”

“I asked what she thought about the hot mic moment. ‘I wish she had done it on mic,’ Clinton said. ‘I wish that she had pushed back in front of everybody. I think it weakened her response that it was after the cameras were supposedly off and, you know, they were just standing there.’”

The former secretary of state she felt “regret” that Warren didn’t call out Sanders sooner: “I think it’s important that you call it out when it happens, and that was my only regret for her.”

“I wish she had just turned on him and said, ‘You know, it’s one thing to mislead people about your healthcare plan. It’s another thing to tell someone to her face that a conversation which you know happened didn’t happen.’ I mean, that would have been, I think, a really important moment for her,” Clinton reportedly told the journalist.