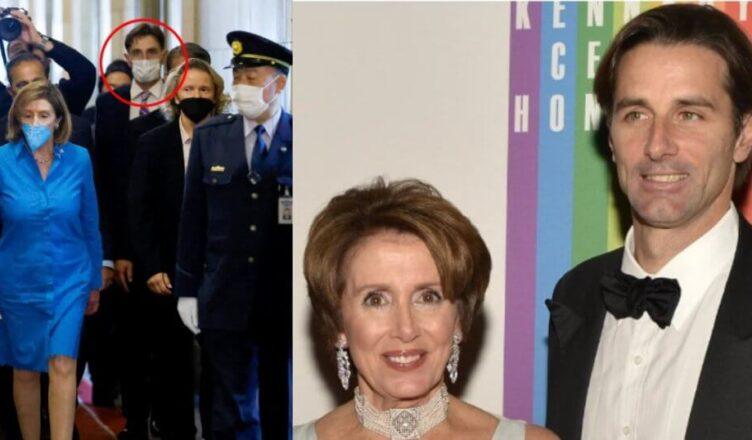 House Speaker Nancy Pelosi (D-CA) brought her son, Paul, along on her controversial August 2 visit to Taiwan as her escort. Her son was not listed on the delegation form issued by the speaker’s office. Nancy Pelosi said later that family members accompanying Congress members on trips were traditionally not listed, so she was not trying to hide his presence. Critics note the speaker’s son had a substantial stock stake in a multimillion dollar Chinese company.

The Pelosi’s seem to have a penchant for benefiting from Nancy Pelosi’s position. Paul Pelosi Sr. exercised stock options to buy 20,000 shares of computer chip designer Nvidia at $100 per share on June 17, according to the House financial disclosure form. The graphic chip design company’s stock currently trades for $179 per share. Paul Pelosi’s substantial profit from a rise in a computer chip company occurred while Congress was debating a multibillion dollar subsidy of chip companies.

Speaker Pelosi claimed her husband never made money off stock purchases based on inside information from her.

Nancy Pelosi’s son is the second largest investor in a $22million Chinese company whose senior executive was arrested in a fraud investigation, DailyMail.com can reveal, raising questions about his secretive visit to Taiwan with his mother.

As well as investing, Paul Pelosi Jr, 53, also worked for the telecoms company, Borqs Technologies, in a board or consultancy role, Securities and Exchange Commission documents show.

He was awarded 700,000 shares for his services, making him the fifth largest shareholder in the company. After other insiders sold stock in June 2021 he became the second largest – more stock than one of its two co-founders and topped only by CEO Pat Sek Yuen Chan.

Nancy’s spokesman, Drew Hammill, also told DailyMail.com neither company has ties to Asia and neither processes mined lithium. Neither currently have revenue.

DailyMail.com’s revelation of Pelosi Jr.’s role in the Beijing-based company comes after he and his powerful mother visited Taiwan in a show of solidarity for the nation that China controversially claims is part of its sovereign territory.

Pelosi Jr.’s name was not listed in the official delegation sent out by the Speaker’s office. In a statement this week the Speaker admitted her son was her ‘escort’ on the trip in lieu of her husband when questioned by the press.

Nancy’s son’s ties to the Chinese firm could put the House Speaker in an awkward position over her current campaign to tackle the Chinese government’s aggression abroad and its corporate influence in the United States.

The speaker said her son acted as her “escort” since her husband was not traveling with her. Paul Pelosi Sr. presumably was unable to attend because he is defending a Driving Under the Influence of Alcohol charge he faces in California.