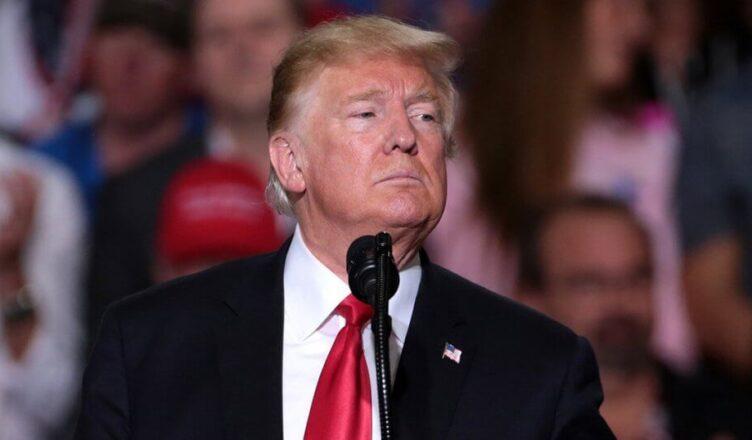 “Nuclear weapons issue is a hoax, just like Russia, Russia, Russia was a hoax. two impeachments were a hoax, the Mueller investigation was a hoax, and much more,” declared former President Donald Trump in a Friday post to his Truth account. “Same sleazy people involved.”

“Why wouldn’t the FBI allow inspection of areas at Mar-a-Lago with our lawyers, or others, present?” continued Trump. “Made them wait outside in the heat, wouldn’t let them even get close — said ‘ABSOLUTELY NOT!’”

“Planting information anyone,” concluded Trump. “Reminds me of a Christofer Steele dossier.”

The 45th president referenced a Friday report by the Washington Post saying the FBI searched his home, looking for nuclear documents.

“Classified documents relating to nuclear weapons were among the items FBI agents sought in a search of former president Donald Trump’s Florida residence on Monday, according to people familiar with the investigation,” the Post’s lede related.

The beltway paper next noted classified information experts said the unusual search underscores deep concern about the types of information they thought Trump had stored in his locked Mar-a-Lago documents room.

“If that is true, it would suggest that material residing unlawfully at Mar-a-Lago may have been classified at the highest classification level,” said David Laufman, the former chief of the Justice Department’s counterintelligence section, which investigates leaks of classified information. “If the FBI and the Department of Justice believed there were top secret materials still at Mar-a-Lago, that would lend itself to greater ‘hair-on-fire’ motivation to recover that material as quickly as possible.”

The Post report said their sources, to whom the paper granted anonymity, said the FBI alleged Trump had papers about nuclear weapons. The report added the anonymous sources did not clarify if the documents Trump allegedly held concerned U.S. nukes or those belonging to foreign governments.

Nor did the sources explain if such salacious documents had been discovered among Melania’s unmentionables, which security cameras reportedly observed them pawing through.