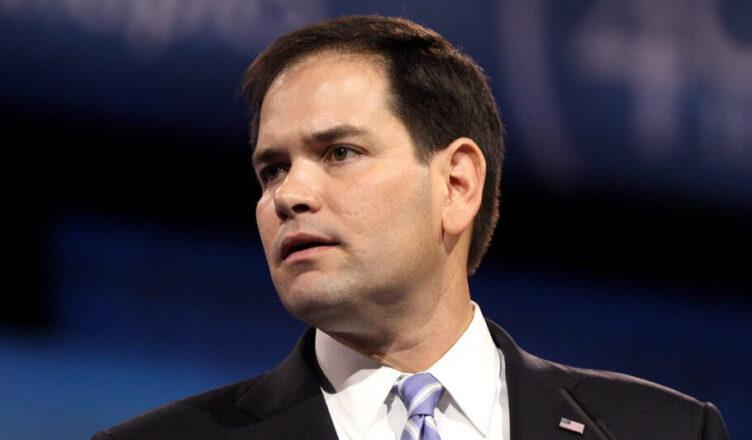 “This is shocking to Americans, but in Latin America and many of the countries around the world, here’s what happens,” Rubio told Fox News. “A group takes power. One of the first things that group does is they begin to persecute and go after their political opponents.”

“And then when the supporters of their political opponents begin to complain about it, they begin to target them and they criminalize opposition,” the Florida senator added. “And that’s what’s happening here now.”

Rubio noted that after Democrats assumed control in Washington, they have vigorously sought to prosecute Trump. The Florida Republican believes Democrats want the former president arrested immediately, if not sooner.

“That’s the next step in this playbook, sadly.”

The senator noted the many investigations of the 45th president. For example, Trump was in New York for depositions in a civil action brought by New York State Attorney General Letitia James when FBI agents executed a search warrant on his Florida home.

Trump termed the unparalleled August 8 raid of Mar-a-Lago a weaponization of the justice system. He said he considered it an attack by radical left Democrats desperate to prevent a 2024 Trump presidential run.

Rubio, who serves as vice chairman of the Senate Select Committee on Intelligence, corresponded with FBI Director Christopher Wray, demanding he explain his agency’s action.

The Florida senator warned of the harm such FBI acts against the former president harm the country in his August 10 letter to Wray.

“The FBI’s actions, less than three months from the upcoming elections, are doing more to erode public trust in our government institutions, the electoral process and the rule of law in the U.S. than the Russian Federation or any other foreign adversary,” Rubio informed Wray.

The other senator from Florida also criticized the FBI’s heavy-handed approach to Trump.

“The @FBI’s raid of Mar-a-Lago is incredibly concerning, especially given the Biden admin’s history of going after parents & other political opponents,” said Sen. Rick Scott (R-FL) in a post to Twitter. “This is 3rd World country stuff. “

“We need answers NOW,” continued Scott. “The FBI must explain what they were doing today & why.”

Congresswoman Maria Salazar also had Trump’s six, posting to Twitter a scathing denunciation of the raid.

“It’s extremely troubling that the FBI raided the home of a former President,” commented Rep. Salazar, who represents Florida’s 27th congressional district. “America cannot go down the path of countries like Cuba & Nicaragua that turn government agencies into weapons for those in power.”