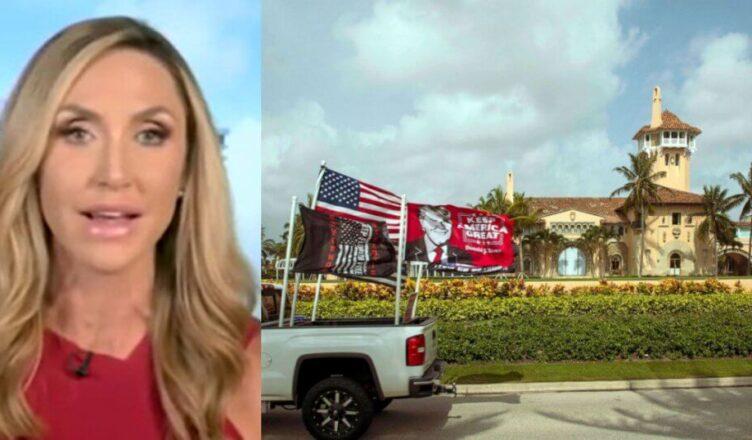 Lara Trump, former President Donald Trump’s daughter-in-law, says the former president has no knowledge of an informant giving a tip that led to the raiding of his Florida estate, Mar-a-Lago, on Monday.

Lara Trump, who is married to Donald Trump’s son Eric, appeared on Fox News on Thursday after Attorney General Merrick Garland delivered a statement to reporters about the raid, announcing that he personally signed off on the raid and that the Justice Department requested permission from the federal court to unseal the court-approved search warrant that authorized its search on the former president’s Florida residence.

After anchor Martha MacCallum asked about whether her father-in-law knows of any informant who may have tipped off the FBI, reportedly about the possibility of classified documents being stored away in Mar-a-Lago, Lara Trump insisted he did not.

“He has no information on that,” she said, noting later that it could be “hearsay” as the FBI “maybe” alluded to it and added that “there is no one that we would even consider” being the mole.

Federal investigators had previously served a grand jury subpoena in June and collected documents believed to contain sensitive national security information stashed in the basement of the resort. Additionally, in January of this year, 15 boxes of materials and documents were retrieved from the Florida estate, which contained classified records. Officials at the National Archives said they found classified material in the trove and referred the matter to the Justice Department.

The Wall Street Journal reported on Wednesday that “someone familiar with the stored papers” told investigators there were still possibly more classified materials at the private club, noting that some Justice Department officials doubted that Donald Trump’s team was being truthful about what records remained at Mar-a-Lago.

Trump alleged that the last communications between her father’s team and investigators prior to the raid took place only days after the June 3 meeting to confirm that a padlock was placed on a storage room door, as was requested by the bureau.

Condemning the “aggressive” approach by federal investigators, she added: “To our knowledge, there was nothing more that could have been done.”