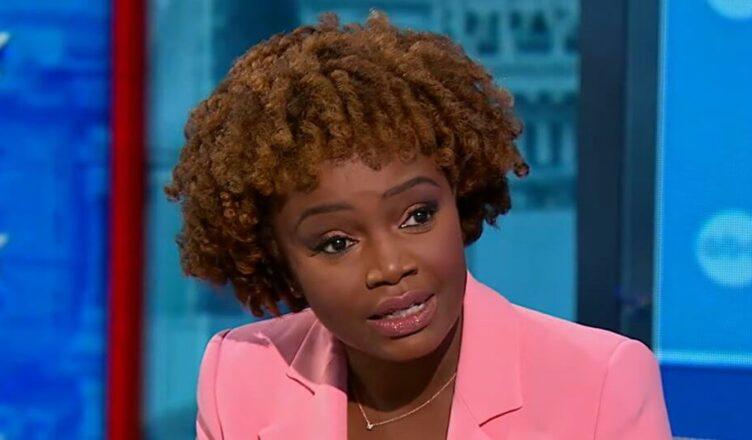 “We do not interfere,” declared Jean-Pierre during an interview with ABC’s “This Week” anchor Jonathan Karl. “We do not get briefed. We do not get involved.” In fact, the press secretary tried to distance the administration completely, saying it would be inappropriate for any administration official — including the president — to comment on the FBI investigation.

Her remarks were given in response to request from Karl to address comments made by New York Republican Congresswoman Elise Stefanik. “The FBI raid of President Trump is a complete abuse and overreach of its authority,” Stefanik said in a clip Karl played for her.

“So, just to comment on what I just heard, this is not true,” Jean-Pierre responded. “The Department of Justice, when it comes to law enforcement, is independent. This is what we believe, and this is what the president has said. This is not about politicizing anything.”

“So, again, this is not what this is about,” continued Jean-Pierre. “We do not interfere. We do not get briefed. The Department of Justice, again, when it comes to law enforcement matters, it is independent, complete independence. And I’m just not going to comment on that.”

“None of us will, because we’re going to let Merrick Garland speak for himself.”

Her remarks doubled down on her August 9 White House statement to reporters that neither President Joe Biden nor anyone in the White House was notified about the FBI raid before it happened.

“You know, the President and the White House learned about this FBI search from public reports,” she told reporters. “We learned, just like the American public did yesterday, and we did not have advance notice of this activity.”

It is unclear if her words will dampen the suspicions of Trump supporters who note he is the first president in U.S. history to have his home searched under a warrant.

Trump argues he declassified all documents transported from the White House to Mar-a-Lago, since presidents have unilateral discretion regarding declassification. He still believes the Biden administration is targeting him for persecution ahead of the 2024 general election.

“The whole world was watching as the FBI rummaged through the house, including the former First Lady’s closets (and clothing!), alone and unchecked,” Trump declared Sunday in a post to his Truth account. “They even demanded that the security cameras be turned off (we refused), but there was no way of knowing if what they took was legitimate, or was there a “plant?”

“This was, after all, the FBI!