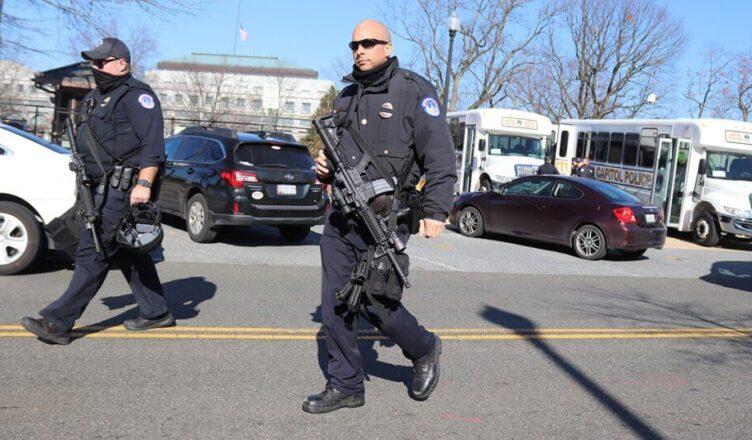 Police report a man crashed into a Washington, D.C., barricade almost half a mile from the Capitol Sunday morning before committing suicide.

The man, whom Capitol Police identified as Richard A. York III, 29, of Delaware, crashed into the barricade at the intersection of E. Capitol and Second streets around 4 a.m. Sunday.

“While the man was getting out of the car, it became engulfed in flames,” police said in a statement. “The man then fired several shots into the air along East Capitol Street.”

Law enforcement officers who heard the gunfire raced to the scene in time to witness York fatally shoot himself, police said. No one else was hurt during the early morning incident, authorities said, adding, no officers fired their weapon.

Sunday’s bizarre incident follows Thursday’s attempt by an Ohio man to force entry into an FBI field office in Cincinnati. The man, whom police identified as Ricky W. Shiffer, 42, of Columbus, was later killed by police after an exchange of gunfire.

Shiffer is believed to have been motivated by Monday’s FBI raid of former President Donald Trump’s Florida home.

“People, this is it,” the user posted on social media. “I hope a call to arms comes from someone better qualified, but if not, this is your call to arms from me.”

He is believed to be the author of another Thursday message that was posted to his Truth account a little after the 9:15 a.m. attempt to breach the FBI office.

“Well, I thought I had a way through bullet proof glass, and I didn’t,” the user posted at 9:29 a.m. Thursday. “If you don’t hear from me, it is true I tried attacking the F.B.I., and it’ll mean either I was taken off the internet, the F.B.I. got me, or they sent the regular cops while.”