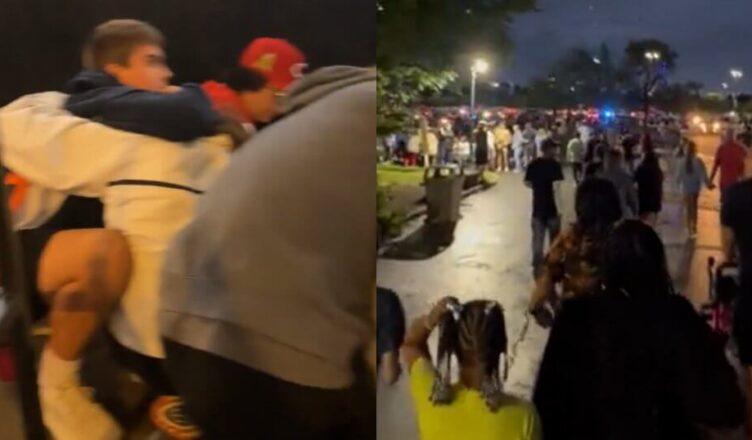 A mass shooting has been reported at Six Flags Great America near Chicago. It’s unclear how many people have been shot and police have not shared any information their conditions. Eyewitnesses reported terrified teens and families running out of the park. Others hid in office buildings.

“My heart goes out to all of us who witnessed the active shooter at Six Flags Great America,” one survivor wrote on Facebook. “I hid my 2 older kids and my nephew in a employee office with a door that locked and went to find my husband and youngest to bring them to an the office I found. My husband fled with the baby . I don’t wish this kind of emotional scare on anyone. I thought I lost my daughter . We made it out safe . Thank you Jesus . Never have I felt this way. NEVER. I’m done with six flags.”

Right now Multiple authorities are reposting to a Active shooter at Six Flags as Dozen of cop cars and multiple ambulances requested for Multiple Victims Reported near the water park Gate pic.twitter.com/QL5O6E80LL

I managed to film this tiny bit of a Police car entering the parking lot pic.twitter.com/68dwNBCrNG