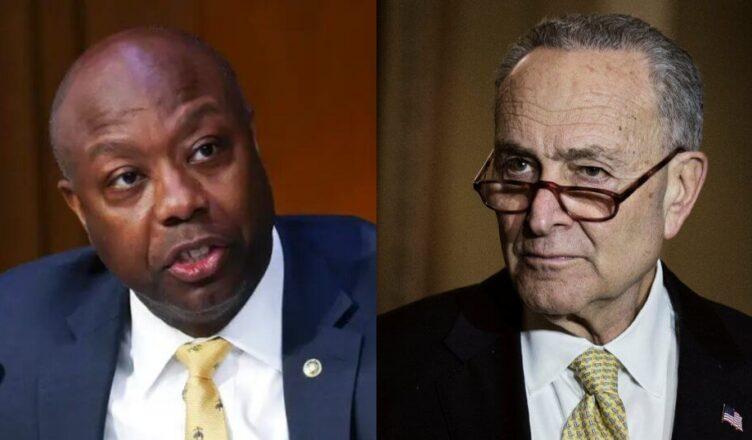 The lone Black Republican senator was informed by former Times employee Bari Weiss about the incident during a Wednesday interview on her podcast “Honestly with Bari Weiss.”

Weiss worked for the venerable New York “paper of record” from 2017 as an opinion writer and editor before she resigned in 2021 over a perceived “illiberal environment” at the publication.

Scott and his staff had submitted a op-ed about a bill he was working on, the Justice Act. It was heavily aimed at police reform in the wake of the murder of George Floyd.

“I wanna tell you a little story that I’m not sure if you know,” Weiss began, discussing his proposed bill that was endorsed by a range of people including Senator Chuck Schumer.

Scott said the bill eventually fell apart because, “the Democrats really wanted the issue more than the solution.”

“Well, here’s what happened. I was at the New York Times and you or your staff sent in an op-ed about the bill and why it fell apart,” Weiss recalled. “And this is the part I’m not sure if you know. There was a discussion about the piece and whether or not we should run it. And one colleague, a more senior colleague said to a more junior colleague who was pushing for the piece, ‘Do you think the Republicans really care about minority rights?’”

“And the more junior colleagues said, ‘I think Tim Scott cares about minority rights.’ And then, and here’s the pretty shocking part. The more senior colleague said, ‘Let’s check with Senator Schumer before we run it,’” Weiss added.

She detailed how the younger colleague refused to reach out to Schumer over ethics concerns.

“Are you surprised to hear that? Or does that story feel kind of representative of the way the media has treated you and maybe some of your colleagues?” Weiss asked.

“I can’t tell you how disrespectful and dishonoring that entire process was — went on for three or four months as they went through records to find out whether or not my grandfather actually dropped out of the school in the third grade, their records suggested he dropped out in the fourth grade, but still didn’t learn to read,” he recalled. “They wanted to know if I had somehow hidden my silver spoon and just was using a plastic spoon instead.”

“So there is something in national media that wants to frame any conservatives, particularly Black conservatives as being disingenuous or insincere or a tool for the conservatives.