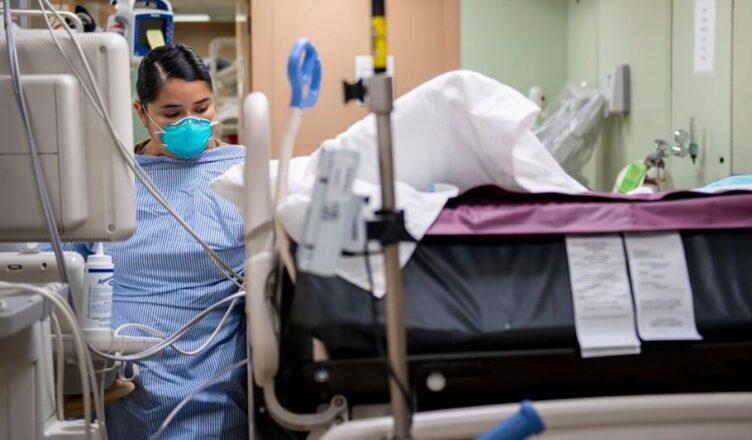 “They’re horrific, and they’re all in lockstep,” Staci Kay, a nurse practitioner with the North Carolina Physicians for Freedom who left the hospital system to start her own early treatment private practice, told The Epoch Times. “They will not consider protocols outside of what’s given to them by the CDC (Centers for Disease Control and Prevention) and the NIH (National Institute of Health). And nobody is asking why.”

Fueled by cognitive dissonance amid an array of red flags, Kay said hospital staff is ignoring blatantly problematic treatments that performed poorly in clinical trials, such as remdesivir, and protocols such as keeping the patient isolated, just to adhere to the federal canon.

“I’ve seen people die with their family watching via iPad on Facetime,” Kay said. “It was brutal.”

As a former nurse in intensive care, Kay said she had seen her share of tragedy, but how she saw COVID patients being treated “had me waking up in the middle of the night in a cold sweat with chest pains.”

“I hated my job,” Kay said. “I hated going to work. I was stressed in a way I’ve never been before in my entire life.”

Keeping families isolated was especially difficult, she said, because people couldn’t come to say goodbye to their loved ones.

Kay was looking for other options when she found an inpatient protocol designed Dr. Paul Marik, founding member of Front Line COVID-19 Critical Care Alliance, which purported to have a 94 percent success rate.

However, after Kay pitched it to the head of the pulmonary critical care department, she was dismissed, and the physician boasted that the hospital had a 66 percent survival rate at the time.

“I told him, ‘I feel like we can do better,’ but I was very quickly shut down,” Kay said. “I became very angry because I’m watching people die and I knew we could have been doing better.”

It was as if formerly smart people had become brainwashed, “and then just dumb,” Kay said, lacking the mental wherewithal to discern true from false.

This led Kay to begin treating patients in the outpatient setting to prevent their admission into the hospital system, which is now her full-time job after being fired for not submitting to what she described as illogical testing requirements for those who weren’t vaccinated.

“I saw things on the inpatient side, too, that I suspected were vaccine injuries that went unacknowledged by our physicians,” Kay said. “I saw brain bleeds, seizures out of nowhere, cancer that just spread like wildfire, ischemic strokes, and I saw one person die horrifically from myocarditis.”

On the outpatient side, she said she’s seen conditions resulting from the COVID-19 vaccine such as brain fog, cognitive decline, joint pain, gastrointestinal dysfunctions, and neuropathy, which is numbness and tingling in hands, feet, and extremities.

“As long as there’s corporate control over medicine, whether it’s Medicare or private insurance companies, you’re always going to have providers who are forced, pressured, and coerced to do things that they wouldn’t normally do,” she said. “Physicians don’t have the treatment they used to have.”

Because of this corporate control, Kay said the list of boxes they must check takes time away from the actual patient.

“Getting away from this corporate structure is going to be a game changer,” she said.

Kay advocated for returning to the “old school” way, which is the direct, primary care model, in which the patient pays a monthly or annual fee to have access to the provider without the interference of a traditional insurance company that requires “too many hoops to jump through, headaches, and checkboxes.”

Gold, who was sentenced to two months in prison for her alleged involvement in the Jan. 6 breach of the Capitol, created GoldCare as a private membership association (PMA).

Because much of what insurance companies do revolves around potential lawsuits, to be a member of the PMA, one must sign a clause, agreeing that they won’t sue.

“What that does for us is we don’t have to order unnecessary testing or consults just to cover our back end because that’s most of what corporate medicine does,” she said.

As a result, Kay said, both the patient and the physician are happier because the treatment process hasn’t been weighted down with bloated insurance requirements.

For Kay, this model—an evocation of a simpler time in medical care when doctors were more connected with their patients—is key.

“The old school is going to have to become the new school,” Kay said.