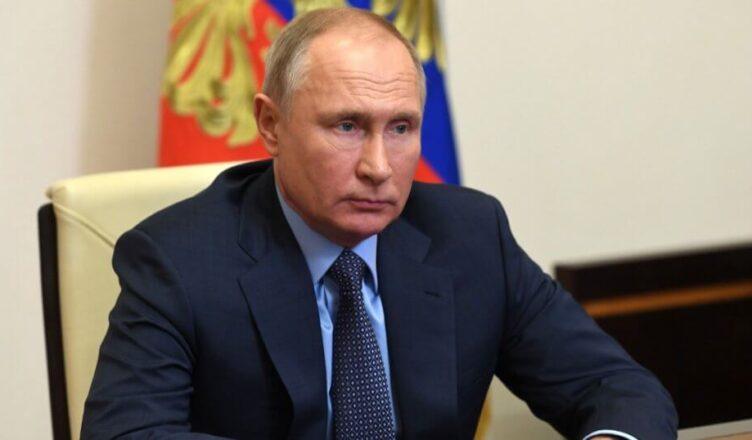 A senior Kremlin official has approached Western diplomats and intelligence chiefs in a bid to help end the war in Ukraine, it was alleged last night.

The source is said to have claimed that much of Moscow’s elite are highly concerned about the trajectory of Russian president Vladimir Putin’s invasion into the neighbouring country and are alarmed by the bite of wide-ranging sanctions levied by the West in response.

A document, purportedly circulated to Western intelligence agencies and seen by The Mirror, said: ‘A representative of Putin’s inner-circle sent a signal about the desire to negotiate.

‘The mood of the Kremlin elite is panic.’

It is unclear which member of Moscow’s top officials is likely to have undermined Putin’s plans, but the document supposedly described the insider as a ‘pillar of the regime’ in Russia.

A Ukrainian diplomatic source told The Mirror they would not be surprised to hear that high level Kremlin officials are attempting to connect with Western intelligence agencies behind Putin’s back.

‘It is often the case as happened in the closing stages of the Second World War that officials on a side concerned about their future make approaches to ensure it,’ the source said.

If a top politician in Moscow were to publicly declare a desire for peace in Ukraine or criticise Putin, their life would be in extreme danger along with their family.

Anatoly Chubais, a former deputy prime minister who oversaw Russia’s transformation from communist to capitalist economy, resigned his post as Putin’s special envoy to international organisations in March and left Russia to live in exile in protest over the the war.

The 67-year-old was taken suddenly and seriously ill late last month after experiencing numbness in his limbs and is now believed to be in intensive care suffering from a rare neurological disorder.

The Chubais case is only the latest in a series of mysterious illnesses and violent deaths — more than a dozen — to have befallen Russian businessmen, officials and their close families, since Putin’s ‘special military operation’ in Ukraine began and Western sanctions were imposed.

On February 25 — the day after the Ukraine invasion began — a senior official of Russia’s energy giant Gazprom, Alexander Tyulakov, was found dead in his garage.

The ‘senior financial and security official at deputy general director level’ had died by hanging.

A ‘suicide note’ was found nearby, the contents of which have not been disclosed. Reports said he had been ‘badly beaten’ before death.

It is unclear what kind of aid the Kremlin insider has purportedly offered to Western intelligence agencies to help bring the war in Ukraine to an end.