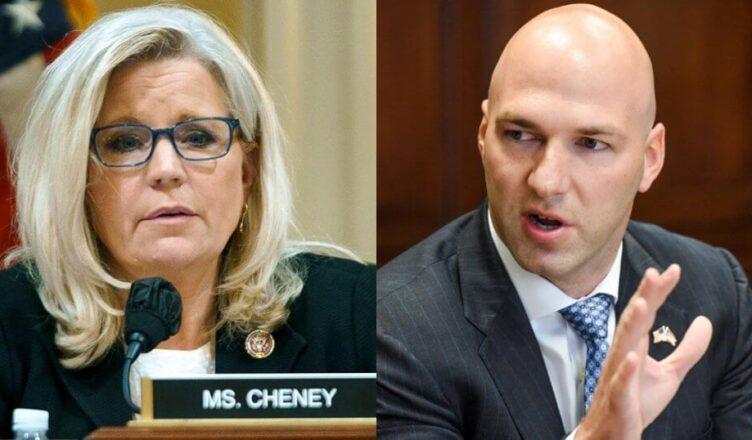 It has been said that former President Donald Trump values loyalty and will respond when people turn on him. In January 2021, 10 Republicans joined a Democratic-led effort to impeach Trump. Efforts to impeach the President ultimately fell short, but Trump has not forgotten and as the midterms approach has vowed retribution.

The Epoch Times provided an update on how the 10 are faring:

Rep. Liz Cheney (R-WY) is “behind by double-digits,” as Tuesday’s GOP primary approaches. One poll shows Cheney down by 30 points. Her lead and toxic work on the Jan. 6 Committee appears to have sealed her fate as she is expected to lose handily to Trump-endorsed Republican challenger Harriet Hageman.

“Ever since I was first elected to this seat I have done my very best to serve my home region and our country. Though my campaign came up short this time, I’m proud of all we’ve accomplished together for the place where I was raised and still call home.”

Rep. Anthony Gonzalez (R-OH) has faced backlash from the Ohio Republican party for more than a year. The official body censured Gonzalez, writing:

[Gonzalez] “resorted to emotional conclusions that misplaced blame on President Trump, the President of Law and Order and America First. We believe that Congressman Gonzalez knowingly and willfully violated his oath of office.”

Gonzalez has stated he will not seek a third term in office.

Rep. Adam Kinzinger (R-IL) has served in the House since 2013 and also serves on the Jan. 6 Committee. After recognizing that his support among Republicans was dwindling, Kinzinger announced he would not seek another term in the House.

Kinzinger, who appeared many times on CNN and other MSM news outlets to denigrate the former president, will soon fade out of the public spotlight.

Rep. Fred Upton (R-NY) noted last April that he would not seek reelection in November. Begrudgingly noting Trump’s continued dominance in politics even after leaving office when sharing on CNN’s “State of the Union” broadcast in June, Upton said:

[Trump has] “had a number of decisive wins where he’s endorsed candidates that they have won. He’s had a few losses as well, but he certainly entertains a majority of the Republican base and will be hard to stop.”

Rep. John Katko (R-NY), suffering falling poll numbers, also announced that he would not run in the midterms. The anti-Trump Republican told the Washington Post in March:

“I was quite certain, even with the redistricting that was done in New York state, that I had a path to victory.”

“After we got the good news and the race was called, we did get a call from President Trump, who just wanted to congratulate me.”

“He was very excited and said get back to work hard real soon, because it’s going to be tough going into November, and we know that, and we’re gonna be ready for it, so I think it’ll be a good race.”

Rep. Tom Rice (R-SC). The Epoch Times noted that Rice “has the distinction of being the first pro-impeachment Republican to not survive a reelection bid earlier this year.” Rice lost to Trump-backed GOP challenger Russell Fry by more than 25 points.

Rep. Dan Newhouse (R-WA), fortunate to live in one of the most liberal states in America, recently survived a primary challenge, becoming one of just two pro-impeachment House Republicans to move forward and participate in November’s election.

Rep. David Valadao (R-CA) also benefitted from serving in a liberal state and survived his primary challenge in June.

Valadao will face state Assemblymember Rudy Salas in November. Notably, Trump did not endorse a challenger to Valadao who voted to impeach Trump a day after he began his second term in the House.

From Trump’s point of view — “It ain’t over ’till it’s over.” There are eight down and two to go.